There is no later. You can do something or leave, that's all 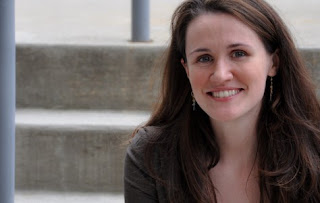 Liz Murray was born on September 23, 1980 in New York City (USA) and grew up in the Bronx. Her childhood was marked by drug addiction of their parents, which thereby failed to look after their children themselves. The few funds used parents for the purchase of drugs, which is why it often was nothing to eat. If from time to time but was some food in the fridge, Liz Murray had to use cutlery, which used their parents for drug preparation. In the apartment prevailed nauseating states because neither parent took care of the household. It was much more important for them to put the few clothes the children to be able to buy back new drugs. Liz Murray fought for the love and affection of their parents to take them away from the addictive substances, but without success. Despite everything, she felt responsible for her parents and saw himself as a protector, so nothing happened to them on drugs, even though she was still a child.

At the age of 10 years, Liz Murray took odd jobs to smaller to help out their parents, but even this money was immediately spent on drugs. She was so good it was for their parents because, not only during the day, often at night. So it was hardly surprising that they rarely attended school, here it was because of their dirty clothes only teased and ausgespottet. She spent her free time rather on the street with other like-minded people, where it was not excluded. The family broke apart finally, when her mother moved to her new and violent friend. Here she felt nor well as in the reform school, which they had to attend by their constant truancy. After her father was in a homeless shelter, Liz Murray landed at the age of 15 years finally on the road. She slept in stairwells or in the subway, sometimes they came under even with friends. The school she left now final.

Without education and any support they had no chance to break out of this dreary life. The absolute low point came when she learned that her mother had died of AIDS. This death roused the neglected Liz Murray, because she realized that she did not want to end up like their parents. She had only one option, as they could break out of this hopeless milieu. The only way out was to go back to school and to build up such a perspective in life. So far, they had their plans repeatedly postponed, but by the death of her mother, she realized that she had to act, and immediately.

Liz Murray: "There is no later. You can do something or leave, that's all "

She turned to a non-profit organization for homeless teens and again visited the school. Under extreme conditions, they now began to fight for a successful graduation. Although Liz Murray was homeless continue, she found ways and means to learn for school. So they crammed in different places, she did her homework, among other things at night in the subway cars. Supported by the teachers soon she managed very good grades and self-esteem of Liz Murray grew from day to day. Appreciating at school was like a shot in the arm for them to not give up again. She had her goal now clearly in mind and let himself be distracted by anything.

Liz Murray: "I worked very hard, got better and eventually got only ones"

Liz Murray managed by an immense effort to finish high school with top marks. She then worked tirelessly for their targets and landed despite many competitors a grant from the New York Times and enrolled at Harvard, one of the best and most exclusive elite universities in the world. She had again a real bright spot in life, but the study had to stop again soon. Your already very weakened father was ill as their mother from AIDS and she took some time off to take care of him can. Despite their difficult childhood she loved her father and still felt responsible for him. After her father died, she went back to Harvard and completed in 2009 successfully graduated, at the age of 28 years.

Elizabeth Murray had no prospects for a hopeful future. As a child of drug-addicted parents, she grew up in a world which was marked only by poverty and hunger. Without support and security they ended up on the street, ignored and expelled from society. But she had a strong desire to change their life on their own and to enter their miserable life meaning again. So she made it in spite of many difficulties and their homelessness to the Harvard University.

Elizabeth Murray became the model for the poorer sections of society throughout the world. They showed people that it did not matter from which straitened circumstances you came. The key was to take his life into his own hands and decided to follow its objectives. Elizabeth Murray was a successful writer and motivational trainer in lectures she now helps other self help-seekers again find hope in life.