Julia Hill: "A tree can be your friend

Julia Hill: "After my action a lot more people know that something must be done" 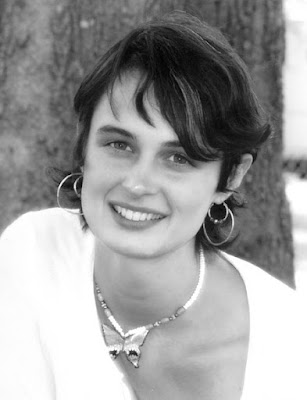 Julia Hill - The occupation of the biggest redwoods in the world. The Redwood National Park in California (USA) consists of a large amount of beautiful and evergreen conifers. These so-called coastal redwoods are among the highest living trees in the world. They can be over 100 meters high, with a trunk diameter of over seven meters. Since the trees because of their good processing are among valuable timbers, they are cut over a large area for many years of greedy logging companies. For the Indians, the over 1000 year old redwoods were still revered as sacred, but now the majority of the stock of commercial use fell victim. Only a few environmental activists sat down against these mass deforestation and against idle politicians to defend.

As someday schoolers large deforestation machine to an entire hillside raze to the ground, wanted to do something about it. Environmentalists chose an old coast redwood, which at 60 meters above sea level an approximately 4 m² platform was built to occupy the tree. As the 23-year-old Julia Hill heard of this action, she went immediately on the way. Julia Hill had recovered recently from an almost fatal car accident and was now looking for a new meaning in life. Until the accident, she knew only career success and material things, but this was gone forever. The tree protection action was like a sign, which is why she wanted to help on the spot for them. There were no volunteers for the tree sitting, climbed the petite young woman on 10 December 1997 spontaneously and courageously in the crown of redwood to protect the tree from certain deforestation.

Julia Hill: "I climbed in the harshest winters. The wind was racing at 150 kilometers per hour through the treetops "

Only protected by a simple tarp, she was exposed to the most adverse weather conditions. In running water and a toilet they had to do without, as well as to all the luxuries of everyday life. With a simple cable was supplied with food and the essentials. In addition to the forces of nature but she had to fight with another and much more powerful enemy. Because the timber company "Pacific Lumber" spared no effort to expel the Baumbesetzerin again, because every day without logging was a lost day without profit. Julia Hill had subsequently through incredible hardships.

Julia Hill: "They have tried everything to get me down there"

A transport helicopter with huge blades flew intentionally so close past her that the entire tree swayed and Julia Hill was nearly blown off the platform. Lumberjacks felled deliberately dangerously close to their trees, which meant mortal danger for Julia Hill. For days she was prevented with foghorns and lights on sleep and mental set of employees of the timber company under enormous pressure. In addition, their supporters were constantly blocked, to provide them with food. But Julia Hill braced himself with all his might against this terror and persistently held its position. Through their extraordinary courage, they became acquainted with the time all over the country and more and more people expressed their solidarity with the indomitable activist. With a solar-powered mobile phone she was communicating with the outside world and gave countless interviews to the press. 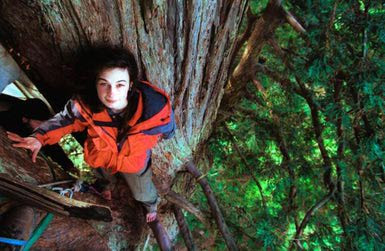 Julia Hill: "It's crazy, when the last redwood forests are being cut down. A tree sitting is the last chance to save such a being "

Icy winter storms, brutal cold and deafening thunder brought Julia Hill often to the brink of a task. But some invisible power protected the brave woman and gave her the necessary strength to go beyond itself. Gradually she got more and more confidence to proclaim their message for saving the redwoods. From planned few weeks Julia Hill spent a much longer time on this tree. She wanted to stay until the trees found suitable protection around them.

Julia Hill: "A tree can be your friend - that's why you should get to know them in more detail"

After more than two years of tree sitting and 738 days Julia Hill left after lengthy negotiations for the first time the tree. There has been an agreement with the timber company that within a 12,000 m² area no longer Sequoia could be like. A single woman had actually enforced against a superior timber group and rescued hundreds of years old trees. Julia Hill as sacrificially battling tree woman was an impressive sign of what a single person could create for the endangered nature. They encouraged the people around the world to stand up with determination and willpower for Mother Earth and never give up hope.

Julia Hill: "After my action a lot more people know that something must be done"