How this women change her life 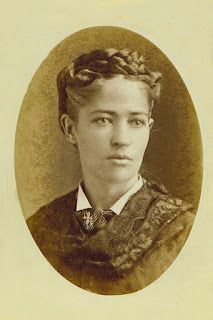 Josephine Cochrane was born in 1839 in the city of Valparaiso in the state of Indiana (USA) and grew up in wealthy conditions. At the age of 19 she married a wealthy man who opened her way into an influential circle of friends. Josephine Cochrane was everywhere a welcome guest and they also organized themselves numerous parties. Of course at these events only noblest porcelain was used to make a good impression with guests. But the staff went with the dishes not handle it with care, always the expensive dishes were damaged or broke down. It even came to the point that Josephine Cochrane himself took the dishes, but in the long run this was not really an option for them. Suddenly she had an idea to solve this problem.

Josephine Cochrane sat down in a quiet corner and began sketching. The fact that her father was a civil engineer, she had a good technical understanding for many things. Soon she had done to implement their plan from the first mechanical machine and began resolutely, her idea into reality. They determined the size of the dishes by hand and began to weave special wire baskets for it. A mechanic helped her then to develop the exact mechanism and fit the wire baskets in a large copper kettle where the dishes should be washed by hot soapy water. On December 28, 1886 Josephine Cochrane filed for the first patent dishwasher.

But selling your dishwasher turned out to be very difficult. During this time it was reserved especially men, to pursue entrepreneurial activities, women were not welcome in this position. People had preconceptions that a woman could never build a working machine, because of such things the men were responsible. Moreover, the price of the dishwasher was expensive and the cost of rags were a lot cheaper. But Josephine Cochrane believed in their dishwasher and understood them as a woman, unlike the men, the major advantages of their invention. Because the dishes were just having a high water pressure and hot water really clean, killing off all bacteria, also the dishes were quickly dry again.

Josephine Cochrane fought tirelessly for their invention and had to cope with many rejections. But over time, she was able to achieve first partial successes. She sold some dishwashers at restaurants, hotels or hospitals, where one had to rely on maximum cleanliness and had to wash dishes, especially large quantities. At the 1893 World's Fair in Chicago (USA) wanted to present their automatic dishwasher Josephine Cochrane around the world. She demonstrated her invention personally to convince people of their idea. However, people were suspicious and questioned again this strange construction to it only came from one woman. However, when the opening of the dishwasher was opened, they could hardly believe it. They had never seen a hygienically clean dishes, plates and cups gleamed just as before purity. The World's Fair was a success for Josephine Cochrane and she received for her dishwasher the prize for the best mechanical design, durability and finality. It should, however, still need a long time until the dishwasher should come into the household.

Josephine Cochrane died on 03 August 1913 at the age of 74 and did not live the triumph of their dishwasher. In a time when women were just ridiculed, she boldly went their own way and showed the man's world, to which a woman was able. Their invention it facilitated the lives of many generations, the dishwasher became a worldwide standard for normal people, just like Josephine Cochrane had always planned it, and perhaps always known.