Nele Neuhaus: "I never gave up" 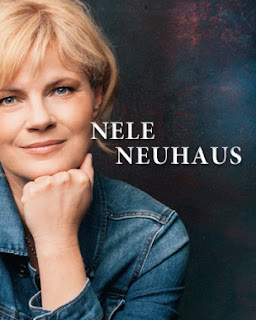 Cornelia "Nele" Neuhaus was in the city of Münster (Germany) was born on June 20, 1967, wrote as a child enthusiastically stories. She wrote all the exercise books full and then glued them together with tape to have together their long texts in the same copy. Later they produced on a simple typewriter countless different stories and screenplays, as it was very creative. Nele Neuhaus had a big dream she had provided in any event, she wanted to be a writer.

But after the end of school, she bowed to the pressures of society. She took a job as a secretary, earning their own money. It would have no one understood when Nele Neuhaus would have taken the risk to become a writer, because then they would have to make any money. Despite the work they casually tried to realize her real dream and wrote at leisure tirelessly to stories. But although Nele Neuhaus has been getting better in their writing style, most of the stories ended up in advance unfinished in the drawer.

Nele Neuhaus married and began to work in a meat factory and her husband to deal with horses. There was hardly any time left for writing, and yet they somehow managed to find opportunities to tap their stories on the computer. Her husband had absolutely no sympathy for their hobby and shook their pastime his head. But Nele Neuhaus it was not discouraged and continued her great passion for. They researched a lot and read tons of books to get to important background information for their stories. After years of work was her first book entitled "Swimming with Sharks" ready and Nele Neuhaus decided to seek a publisher for her book to publish her story.

However, their ambitions quickly received a huge damper. She got on her manuscript only refusals, no publisher wanted to print their book and Nele Neuhaus slowly got doubts about their writing skills. They poked and examined further but, there had to be a way yet to be able to publish their story anyway.

Nele Neuhaus: "I never gave up"

One day, she stumbled on the Internet on a report where you could be cost-effective print his own book. With "Book on Demand" ("Book on demand") Nele Neuhaus tried even now, to take their destiny into their own hands. They corrected and proofreading her book itself and designed a matching cover. At the age of 37 years it finally happened, Nele Neuhaus had proudly finally her own first book in her hands. But who should buy your book now, because with "Book on Demand" could indeed have it printed books, but the marketing had to take care of yourself. As a completely unknown author Nele Neuhaus sat now everything on one card to come on the road to success.

Nele Neuhaus: "The entire responsibility rested on my shoulders"

They informed the local press, which published several articles about her and her new book. In a self-organized book launch she invited all the people who knew her to present her new book. Nele Neuhaus created a website and rattled bookstores from around to make advertising. In between she constantly organized readings, which sometimes only a few people took time to listen to this. But their persistence paid off because she managed the initial print run of 500 copies to sell.

In her next book "An unpopular wife" before she went equally as with her first book, and again took everything into their own hands. Nele Neuhaus was from the books or sent them personally in the mail. Most people shook their heads about them, because they put every spare moment in her dream to become a famous writer, and also took no time for a vacation. Nele Neuhaus ran a great effort, as she had to take care of all the things themselves. But at some point she pushed to their limits, the demand for its books rose further and soon lacked Nele Neuhaus time for their real passion, the writing itself. Suddenly, however, she received an important call, which should greatly influence as a writer their careers.

The prestigious publishing house Ullstein had contacted her and wanted to take the aspiring writer under contract. Nele Neuhaus could not believe it, but with this step, she managed to put her years of dream into reality, for now she was officially a writer. The new publishing allowed Nele Neuhaus soon the big international breakthrough. Many stories of her led to the bestseller lists and the film industry has already shown interest to film their books.

Within a few years Nele Neuhaus became one of the most successful authors on in Germany. However, they had to work hard and overcome many difficulties this success. But despite some setbacks and failures she stood up again and fought hard for her career. This was the secret of success of Nele Neuhaus, they never allowed himself to be beaten by critics and grumblers and went with their unique willpower inexorably to their own, highly successful way.

Nele Neuhaus: "It's an incredible feeling. You have to at some point to take the first step, and I've done "