Andreas Niedrig - From Junkie to Ironman

The story "From Junkie to Ironman" by Andreas Niedrig can maybe help other people, something to änderen in their lives. It is important to set new targets repeatedly. People without goals can get lost very quickly, on the other hand, a target without effort and perseverance are very difficult to achieve 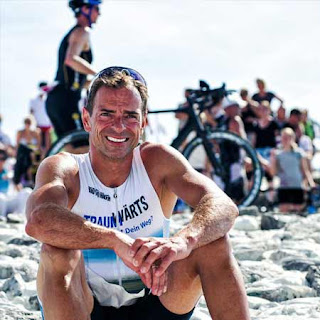 The poignant and true life story of Andreas Niedrig born in 1967 shows each of us lies what unbridled power of hope and courage in all of us. From a young age came Andreas Niedrig in contact with drugs. First, with lighter things, but by diverse problems this dependency increased immeasurably. He needed always harder drugs to satisfy his addiction to be without ever really saturated.

He reached in very bad condition until he leaves his wife with their child. Andreas Niedrig was unemployed and lived on the streets. He had become delinquent by several burglaries he tried to finance his heroin addiction. From the drug mafia, he was persecuted and he had even attempted suicide behind. Again and again he was pulled down into the vortex of addiction and drugs.

But managed at the low point in this phase of life Andreas Niedrig a decisive change in his life, which unfortunately very few people succeed. Through an incredible willpower and hope to wake up from this nightmare, he began to change his life from scratch. At just 48 kg body weight, he went to an addiction clinic, which he should leave a year later 91 kg again. However Physically, he had severe problems, a key experience should be a cross-country run with his father are. For Andreas Niedrig had no chance to compete in the slightest moment with him. From this time he began to train.

So he found the sport a new challenge and he was despite always reemerging resistors to the world's best triathletes in the long distance. (3.8 km swim, 180 km cycling, 42.195 km running) This extreme sport demands from athletes strength, endurance, mental and physical toughness and a willingness to go to the limit every time. As an amateur, he started in the toughest Ironman competitions in Roth, South Africa and Hawaii and stunned the professional scene by his indescribable ambition and its tough motivation.

The story "From Junkie to Ironman" by Andreas Niedrig can maybe help other people, something to änderen in their lives. It is important to set new targets repeatedly. People without goals can get lost very quickly, on the other hand, a target without effort and perseverance are very difficult to achieve. Andreas Niedrig managed from losers to winners, from dependence to independence, because life is free, and be independent. This Hollywood-story was filmed even under the title "Run for your life".

Andreas Niedrig: "You can do anything if you really want it"