A garden to lovely wife

Mr. Kuroki showed people that there is a profound love is in the world, which is to the naked eye is often not recognized. Mr. Kuroki was a remarkable way to bring them back to the beam. 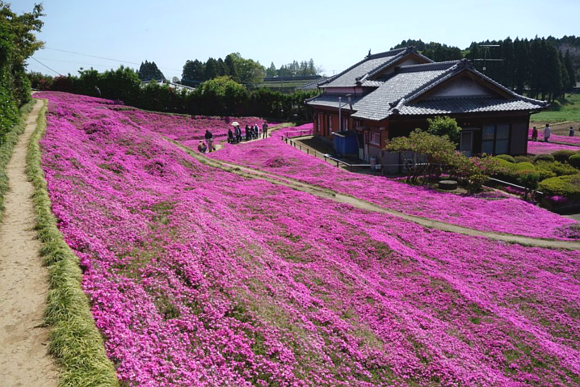 For years lived Mr. and Mrs. Kuroki happily together with their children on a farm. But the Japanese couple underwent a severe blow when Ms. Kuroki due to severe diabetes lost her eyesight. In desperation, had to watch her husband as his wife was always depressed and only rarely left the house.

Her love was put to a severe test. Mr. Kuroki pondered long as he could teach his wife to smile again. To do that, he had an incredible but fascinating idea. Mr. Kuroki knew his wife loved nature over all. Although she could not see the Mother Earth, but they still had their sense of smell. He decided to create a flower garden for his wife. So he began to grow step by step flowers in the home garden. Within 2 years he managed to make the whole garden was a huge sea of ​​flowers, where thousands of pink Shibazakura flowers bloomed.

The scent of flowers spread throughout the farm. Slowly but surely the wife crawled back out of their hideout. After all this time of hopelessness is the greatest desire of loving husband should actually meet. The fragrant scent of flowers, the joy of his wife return again and he saw his great love finally laughing. Mr. Kuroki showed people that there is a profound love is in the world, which is to the naked eye is often not recognized. Mr. Kuroki was a remarkable way to bring them back to the beam.

Meanwhile, this extraordinary garden became a popular excursion. Thousands couples and tourists visit every year this place where they are not only a beautiful flower paradise awaits, but felt in each flower the love of Mr. Kuroki for his wife.