John Grisham: "This is humiliating, but life goes on" 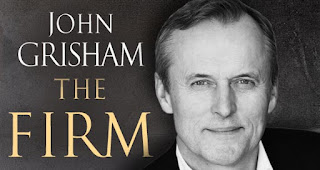 John Grisham was born (USA) in Arkansas on February 08 1955 and grew up in modest circumstances. His father was a construction worker, his mother took care of him and his four siblings. As a young child John Grisham had the dream of one day becoming a famous baseball player. He trained every free minute for to can eventually play professionally Baseball. But over time, he noticed that his knack for simply not sufficient and therefore began to study at the State University in Mississippi law.

John Grisham: "You feel that your best level is reached in the game. This is humiliating, but life goes on "

His study was very successful, by the way he earned money with smaller auxiliary jobs. After John Grisham had completed his law studies, he specialized as a lawyer in criminal defense and also to processes with body injuries. In the next few years he made many different experiences as a lawyer. This included that the world was often ruled by cruelty and cold-heartedness. In 1985 he took part in a trial where an underage rape victim was interviewed. The young girl looking statements made John Grisham very concerned and he was deeply shocked by the backgrounds of this terrible act. From that moment, he decided to tell the public what incredible stories in the world actually passed.

John Grisham now began systematically to write a book. He stood by 5 clock in the morning to work a few hours it before he had to go to work. How obsessed he typed line by line and took advantage of every free minute for his book. John Grisham took three years and a large dose of perseverance to complete his first novel "The Jury". Immediately, he was looking for a publisher, which should publish his book, but he received only refusals. But John Grisham it did not get them down and continued to search, to expose his book to the public. After another several rejections, he finally found a small and unknown publisher, which published his book with a circulation of only 5,000 copies. After all, who already knew the writer John Grisham?

John Grisham: "It was terrible, many publishers rejected"

Since the book publisher had no money for advertising, it took John Grisham into their own hands. He drove in small libraries, to offer his books and appeared on parties to present his novel. In addition, he was supplying supermarkets and petrol stations, to the books, which he stored in the trunk of his car, to sell. John Grisham was not discouraged despite modest success and soon wrote on his second novel. When he 1991 book "The Company" published, it should mean his big international breakthrough. Within a short time bought a large publishing company the rights to the story and the film industry has been aware of this exciting book. "The company" was the best-selling novel worldwide in 1991 and led for weeks on all major bestseller lists.

The incredible success as a writer prompted John Grisham, quit his job as a lawyer at the age of 36 years to devote himself now fully to writing. Through his extensive experience as a lawyer, he managed to write many other best sellers and hit exactly the topics that interested people.

The books by John Grisham, mainly legal thriller, have been translated in the next few years in more than 38 languages ​​and published more than 250 million times. He knew how to combine his old profession as a lawyer perfectly with his new job. John Grisham thus rose to become one of the most famous writers in the world, thus creating one of the biggest success stories that it had ever been in this industry.

John Grisham: "I want that the reader takes the book in hand and no longer stops to read"