Alberto Perez: "Zumba is the best chance of my life" 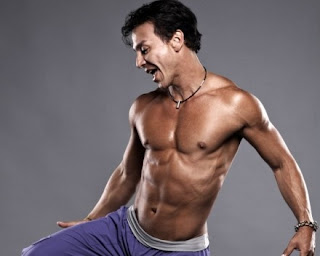 Alberto Perez was born in the city of Cali (Colombia, South America) and grew up in modest circumstances. Even as a child he had to take on various jobs in order to support his family financially able. But his great passion was dancing, he had an indescribable sense of rhythm and practiced for hours in order to improve his skills. Alberto Perez was soon hired by his exceptional talent from different salsa clubs where he worked as a dancer and choreographer. The salsa music was in his blood, with fast leg and hip movements he had no problems at all.

After Alberto Perez won a major dance competition at the age of 19, he received a scholarship for a recognized dance academy, where he trained to dance instructor. Effortlessly he made his statements and now began to earn his living as a dance trainer. He specialized mainly on Latin American dances and taught Salsa, Rumba, Cha-Cha-Cha or merengue. In addition, Alberto Perez was interested very much in the topic Fitness why he trained as a fitness trainer and also conducted aerobics classes.

Mid-1990s taught Alberto Perez just an aerobics class. But one day he forgot take the accompanying music cassettes which were absolutely necessary for the training. The course now threatened to fail, but Alberto Perez decided to improvise and spontaneously took a music cassette with Latin American music from his car. With this unusual music he now had to hold an aerobics class and Alberto Perez combined short new steps to the rhythm of music. But he did not know how the other students would react.

Alberto Perez: "One day I forgot the music for the course. I ran quickly to my car and have brought a tape with traditional Latin salsa and merengue "

When this unusual fitness class was over, it could hardly believe Alberto Perez. The students were so enthusiastic about his impromptu aerobics session with the rhythmic music that they asked Alberto Perez, yet so hold a special course. After a short time, his teaching developed the most popular meeting place throughout the gym and all the participants were obsessed with this new training method where the fun was in the foreground. Inspired by the positive reactions of the customers decided to Alberto Perez, his new fitness concept, which he called "Zumba", to continue to market.

Alberto Perez: "The students started clapping and cheering. They were just in a good mood. That was the moment when it became clear to me that I had something very special unleashed "

Alberto Perez wanted to bring "Zumba" in the United States to make its new training method known. But he had no money available and he also spoke a word of English, he also has been repeatedly rejected his idea. Alberto Perez but believed in "Zumba" and fought passionately continue to gain sponsors for his business idea. With enthusiastic dedication and tireless performances of "Zumba" he finally managed to win business partners for his project to "Zumba" presenting the public.

Alberto Perez: "Zumba is lifestyle. The movements are so simple that anyone can join "

Within a few years "Zumba" developed into a real fitness cult. Courses were offered in dance schools or in gyms or you're just dancing in your own home. The Colombian singer Shakira had been so fascinated by "Zumba" that they committed Alberto Perez as a choreographer for her music album. All over the world people were enthusiastic about this training, which only just made by the rhythm of the music and the dancing pleasure. Besides, it was very suitable for slimming and also raised very unsportsmanlike people back to make more movement.

Alberto Perez discovered only by chance one of the most popular fitness programs in the world. By combining aerobics with Latin dance elements he met the nerve of time and enabled millions of people to change their health and their lifestyle fundamentally positive.

Alberto Perez: "Zumba is the best chance of my life"