The hero who created an entire forest with his own hands

We have to protect nature, otherwise we will not survive. Maybe I live in poverty, but I'm happy that I was able to influence the people to care more about nature. The tree is a root of all life 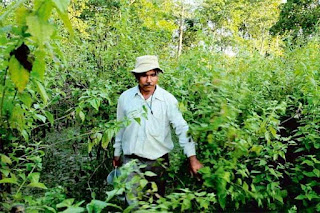 Jadav Payeng. The 16-year-old Jadav Payeng was in 1979 in the Indian state of Assam (Northeast India) on the road when he made a terrible discovery. After the water had retreated along a desolate sandbank, the area was littered with hundreds of dead snakes and reptiles. Jadav Payeng was appalled by the massacre, never in his life had he so endured a terrible sight.

Jadav Payeng: "The snakes died in the heat, because no tree provided shade. I sat down and weeping for her dead body "

Jadav Payeng immediately alerted the competent forestry administration if they could grow trees there, so that such a thing is not repeated. But he was only laughed and brushed off with the specious conclusion that in this area simply nothing would grow. But they did not counted on the determination of Jadav Payeng, who did not get the terrible images of the dead animals out of his head. He did not listen to the opinion of the authorities and tried himself to do something about the matter, although nobody wanted to support it.

Jadav Payeng: "There was no one who wanted to help me. Nobody is interested in "

So Jadav Payeng began at the age of 16 years, for the first time to grow grasses and bamboos in this desolate area. From his native village he brought colonies of red ants to make the soil more fertile. In the following weeks and months Jadav Payeng planted a variety of trees and plants. Day after day he cared devotedly for the growth of its tender shoots and the necessary irrigation. He often stayed overnight and spoke lovingly to the plants, which grew by centimeter centimeters in height. The shrubs and trees developed actually very good and Jadav Payeng fought tirelessly and in all weather conditions to his small plantation, completely on their own and the middle of nowhere.

Jadav Payeng: "I decided my life to plant trees to devote"

While Jadav Payeng incidentally earned his living as a farmer, shot his delicate seedlings downright into the air. Supported by a remarkable devotion of Jadav Payeng the Nature could thus expand further and drive growth. Over the years, this created not only a forest, but a real ecosystem with different plants and a variety of wildlife. 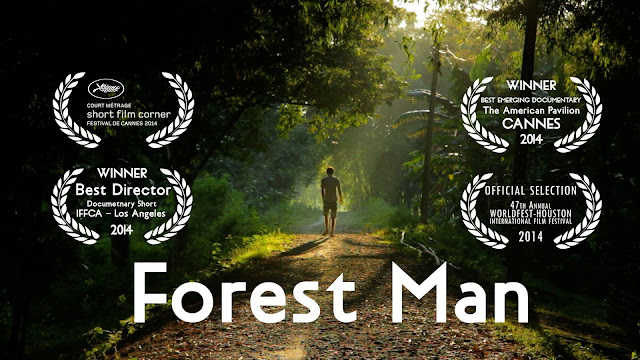 Jadav Payeng was only laughed at for his vision to put plants in a barren sandbar. Today no man laughs at the strong-minded Indians. After 30 years of diligent work Jadav Payeng created from scratch a now incredible 600 hectares of forest. Many animals found here a safe haven, including birds, deer, monkeys and buffalo. Also endangered species such as tigers and elephants settled in this jungle, where they found a safe space for human life.

Jadav Payeng created single-handedly not only a paradise for animals and plants, he was thus also a real hero in India. He showed with his example, which was able to reach a single person for the nature and unbridled power which was in every person. Jadav Payeng became known symbol of environmental protection and made by his selfless dedication to the world a better place.

Jadav Payeng: "We have to protect nature, otherwise we will not survive. Maybe I live in poverty, but I'm happy that I was able to influence the people to care more about nature. The tree is a root of all life "