I was a senior physician 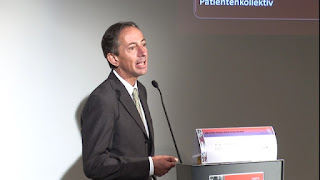 On 03 May 1998 happened in a small village in Carinthia (Austria) a terrible accident. Near a farm, a four year-old girl fell while playing in an icy pond. She tried to still frantically to save anyway, but no longer managed. As the shocked mother discovered the lifeless girl in the pond, she already drove for half an hour without air underwater. The parents tried to revive the child immediately, without success. The summoned rescue helicopter flew the victim immediately to the nearest hospital, every second was now crucial. But it all seemed to be in vain. No pulse, no breathing, no sign of life. At a body temperature of only 18.4 degrees Celsius, the heart stood still. Nobody believed more in a possible rescue, only a doctor did not want to give up the girl.

Markus Thalmann, "I was a senior physician, had my education but is only about a year earlier terminated"

The doctor Markus Thalmann actually took the hopeless struggle to resolutely. Since the girl was severely hypothermic, the brain does not need as much oxygen and thus a resuscitation could be more successful, even after such a long time. Since there were no pediatric surgery at the hospital, had to improvise from the very beginning. In haste, a special lung machine for the little patient was put together. Via a pump, the blood was heated outside the body and enriched with oxygen, then the blood was via a hose system returned the girl. There followed immediately a high-risk open-heart surgery. Markus Thalmann and his team were under tremendous pressure. Partially had still during the procedure, the instrumentation and the medication can be adjusted to the dimensions of a small child, as they were designed for adults only.

Among the greatest tension Markus Thalmann was trying to save the little girl's life. While he outwardly as well as he preserved his tranquility, but he was torn inside. What if he could save their lives, but the girl was severely brain damaged and threatened a life in a coma? Why save a life, which would no longer be worth living? Why prolong the suffering of the parents with a life mentally handicapped child? That night, Thalmann Markus fought for 15 hours to the life of his little patient and against all internal resistances and remorse. But for now he had done the impossible, the little girl was again brought back to life.

After several weeks in artificial deep sleep and an anxious wait to see if the child would wake up without brain damage, followed the great miracle. It was found that the girl had no mental impairments and would actually be completely healthy again, although it was half an hour without oxygen. Markus Thalmann thereby succeeded in one of the most spectacular rescues in modern medicine.

Never before in the history of medicine a comparable patient could be saved, which was such a long time under water. Markus Thalmann went through his extraordinary deliverance high risk one, because if it did not work, he would have been the big loser. After all, it was thanks to him but that he still had one last chance a glimmer of hope, and so with courage and determination allowed the miracle of Carinthia.