Little girl, I did not know you, but you've changed my life 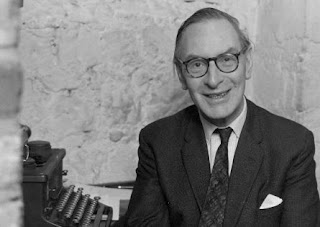 Chad Varah was born on 12 November 1911 in England and beat his father the way a priest a. After completing his training he began in London hold religious services and to conduct funerals. As a young priest he had to attend a funeral of a fourteen-year-old girl, who had killed himself. This death was Chad Varah very close, because the circumstances were more than tragic. The young girl began to menstruate straight and had therefore feared that she had suffered a serious sexually transmitted disease. Chad Varah realized that this suicide could have been prevented if the girl just having someone could have talked. Through this sad event he swore before her grave to do something.

Chad Varah: "Little girl, I did not know you, but you've changed my life"

Chad Varah founded in his Church the Telefonseelsorge "Samaritans" with the first and only 24 hour telephone hotline which there was in the UK. At that time there was in most of the country, an increasing number of suicides and suicide attempts, but no effective remedy. Chad Varah wanted with his offer or allow desperate people one last conversation and lend a sympathetic and patient ear. On November 02 1953 he put an ad in the newspaper with the content: "Before you commit suicide, you call me." This day was the birth of the first public telephone counseling with immense implications.

After a short time he could no longer cope with the large number of incoming calls alone and had to rely on volunteers. Chad Varah had met with his new organization the nerve of time. It established a number of important prerequisites for him, as the anonymous assistance should work. Without interrupting listening, to respond to requests of those seeking help, give all the attention to the caller and ask regardless of the religion the people in the foreground. The organization spread rapidly and after ten years there have been more than 40 branches of "Samaritans" in the UK.

Led by dedicated Chad Varah these Telefonseelsorge spread around the world. Regardless of political or religious backgrounds every man was helped examined which to help. More and more volunteers joined his movement, in special courses they were also trained and prepared for their tasks. For Chad Varah these volunteers were the unsung heroes, which his idea continues to advance drove through their tireless efforts.

Chad Varah died on 08 November 2007 at the age of 95 years. The Telefonseelsorge developed world has become an indispensable part in society with several offshoots in various fields. In the beginning, however, was only a priest, who was roused by the tragic suicide of a little girl and thus found the strength to set up the telephone counseling. He changed his idea, the community around the world and helped millions of people were given new hope and bright spots in life.