The miracle of survival from dead 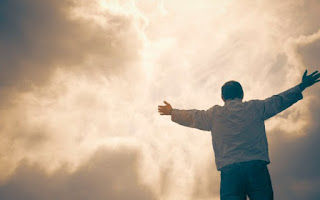 In the beginning of August 2012 was the 70-year-old mountaineer Walter Manfred in the Stubai Alps (Austria) on the go. He loved the mountains and unspoiled nature, and made for more than forty years, these mountain tours, mostly alone. Despite his great experience happened to him on that day but a momentous accident. The experienced hikers crossed straight to over 3,000 meters, a thin slab, he suddenly broke but one and crashed straight down. Manfred Walter fell nearly 20 meters into a crevasse and landed on a small ice ledge. Suddenly everything was dark and for hikers immediately began a fight for its survival.

Manfred Walter fumbled with the sticks from his surroundings and tried to move, but suddenly he slipped and fell to the stomach in ice-cold water. With his last strength he escaped back to the small snow ledge where he could sit up straight again. Now he dared not move, because an even repeated crash would have cost him too much power and would have additional result in frostbite. Manfred Walter tried using his cell phone to deliver emergency calls, but as in most of these cases, he was able to receive a signal and the battery was also nearly empty. There was virtually no hope for the victim, for he knew that no one would look for him in the next few days, and he had this not much supplies.

Manfred Walter rammed his side sticks in the ice to steady himself, because he was afraid that he could slip again. Then he sat on his backpack to keep warm from the bottom. Instead of the hood, which he lost when he fell, he sat down on a pair of underpants to warm his head. He wrapped parts of his body with an aluminum foil and put both hands under the armpits, to protect them from the cold. In addition, he breathed again under his clothes to keep warm. These were the first important steps to protect themselves against life-threatening frostbite. For food he had only a chocolate bar available, which he rationed strictly. Per day he decided to eat only a small piece. But now came the terrible thirst, which Manfred Walter busied, and he had no more stock.

The Alpinist presented for this reason his empty water bottle to a certain point where glacier water dripped from an icicle. So he was able to gain (about 0.1 liters) per day, the modest amount of about 100 milliliters of water to moisten his dry mouth a little. So he sat trapped in these icy and cold crevasse, with the knowledge that he would probably get out of here alive never. Between 10 and 16 clock clock, he took again his strength to summon for help, because at that time it could be that someone was passing, but no one responded to his cries for help. So the days passed and Manfred Walter had more and more against the frosty temperature which was approximately around freezing to fight. Slowly his optimism waned for a rescue, the nightmare that you would probably find it never, ever went on. But as long as he was alive, there was still a glimmer of hope for him. He thought about his family and prayed every day for a reunion.

Manfred Walter had to sleep terrified. He knew that if he was going to lie down and fall asleep deeply that he would wake up again in the afterlife. It was an incredible psychological torture and he fell more and more in a twilight state, dreaming to himself. A lapse in concentration and a small fall in the icy water below him, and all his torment would be over. But he brushed those thoughts immediately away again and held with his last strength through further. Despite his advanced age he had an indescribable will to survive.

Shortly before his last breaths, he suddenly heard voices from above, a traveling group had actually heard his faint cries for help. Manfred Walter had lost his sense of time and he did not know whether there was aid to him in time. Eventually he heard the vibration of a helicopter, the rescue had really come. The exhausted mountaineer was due to its strong depletion of the recovery but not much with, he was flown immediately to the nearest hospital.

Manfred Walter survived with a hip fracture, with frostbitten hands and feet and with abrasions. He made it despite his advanced age of 70 years, this incredible physical and psychological distress to survive a whole six days and nights. He postponed by the boundaries of medicine, because so far it was inconceivable that someone could so long survive in an icy crevasse. But with boundless will to survive and incredible mental strength Manfred Walter managed actually the miracle of survival in this crevasse.