The desert is a dream. Behind dead or life 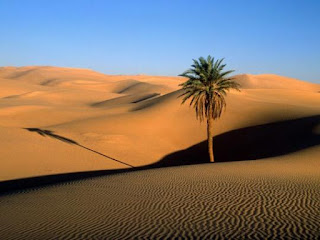 At the age of 38 years, the Italians Mauro Prosperi made his way to Morocco (North Africa), to participate in one of the toughest ski race in the world. The athletes had in this competition in several stages over 200 kilometers lay across the Moroccan Sahara. With temperatures up to 50 degrees in bouncing hot sun and a heavy backpack, the runners had to overcome incredible hardships. Mauro Prosperi had very well prepared for this extreme race and was physically in an optimal state. After the first three stages, he was found in the absolute top field, as in the fourth stretch suddenly reared a heavy sandstorm.

Mauro Prosperi: "Hard as needles biting the sand in my eyes and ears"

Mauro Prosperi wrapped a scarf around her head and struggled on through the unrelenting storm. But to his misfortune the desert storm had swept away the trail markers and Mauro Prosperi was completely in the wrong direction. When the storm abated a few hours later, he no longer knew where he was. Nevertheless Mauro Prosperi rushed continue to keep somewhere looking for help, but his water and his food were depleted completely after a short time. He began to urinate in his water bottle to get somehow to liquid.

The next day was approaching rescue when a helicopter circling above him. Mauro Prosperi made with everything at his disposal was attention to themselves, but to no avail. The rescuers saw about him and the helicopter turned off again. Now Mauro Prosperi grabbed the naked despair, because he was without provisions in the largest desert region in the world, which was also barely inhabited by people. Accompanied by a sweltering sun and surrounded by dry sandy soils, he was now completely on its own. Gradually the body of Mauro Prosperi was weaker, the lack of fluid intake made ever more noticeable.

On the third day Mauro Prosperi was so devastated that he already tried to kill to find a more gracious death as the agonizing thirst. He found an abandoned ruin, wrists where he wanted to cut himself. After he had written a farewell message to his family, he took his knife out of the bag and lay down to die in the desert sand. The next morning, Mauro Prosperi awoke surprisingly again, because the suicide attempt had failed. The blood in his body had become so viscous and thick due to the lack of water that the cuts had resealed itself. Although Mauro Prosperi was now even weaker than the previous day, but he adopted the die-hard struggle for survival again.

Mauro Prosperi: "I saw this as a sign that I should go on living"

Mauro Prosperi decided to use every little chance to stay alive. Even in the ruins, he killed two bats and sucked out the blood from them. Other animals such as snakes, insects and lizards he ate raw, to get back to feed his body energy. Mauro Prosperi burned his sleeping bag to provide the emergency services with the rising smoke a peep from him. He chewed roots and leaves, and continue drinking his own urine. During the day he hid behind the dunes to protect himself from the sun. As the temperatures cooled off at night, he went back on the road.

He constantly led inner dialogues with his family to somehow cope with this extreme situation. While his body was done throughout his powerful thoughts kept him alive. After nine days in the scorching desert hell came the half-dead Mauro Prosperi across a nomad settlement where they at the last moment saved his life. He had lost almost 20 kg of body weight and was located about 200 kilometers from the original running track.

Since the authorities Mauro Prosperi had already declared dead, the rescue was a real sensation. His incredible will to survive made him in his home a true hero. It showed what achievements a man was capable of and what burdens he could really master. Mauro Prosperi needed a whole year to get back to recover from this ordeal. But he was mentally so well established that he signed up at a later sequence again for this desert running, and could actually finish it.

Mauro Prosperi: "The desert is a dream. You mean infinity for me "