Alessandro Zanardi: ". I thought, that's it now I will kill myself" 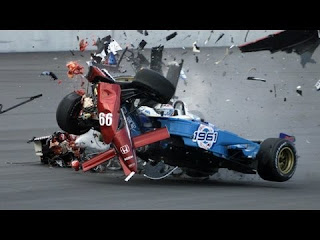 Alessandro Zanardi was born on October 23, 1966 in Bologna (Italy) and was enthusiastic about very early on to car racing and fast cars. He competed in various racing series and was soon very successful, including in the US. At the age of 25, he made the leap into the top tier of motor racing and drove in Formula 1. After several changes he launched back in the Champ Car series, where he was able to celebrate many successes. On 15 September 2001 it came at the Lausitzring in Germany, where he had only a few kilometers from the lead to the finish, to a serious accident.

Alessandro Zanardi was seriously injured taken to the nearest hospital that he was still alive after the accident, was a miracle. He already lost a lot of blood and suffered on the way to hospital several cardiac arrests, every time he was brought back to life at the last moment. At the hospital the doctors fought in several hours of emergency surgery for the life of Alessandro Zanardi, who was already more death than alive. In an incredible fight the doctors were able to save the life of Alessandro Zanardi, however, had to be amputated his two legs. The state of the racer stabilized slowly, although the situation was still critical. In the coming weeks and months Alessandro Zanardi had to go through many more operations to be reasonably healthy again. The mental stress was enormous, because at one time he had to make a living with no legs. 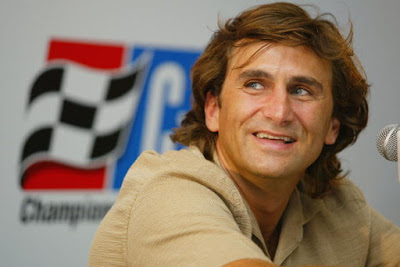 Alessandro Zanardi: ". I thought, that's it now I will kill myself"

Already in the hospital took Alessandro Zanardi but new courage, because he watched other patients with prostheses who could also get up with no legs. Slowly his will to live returned again and he began to look optimistically to the future. Supported by his family Alessandro Zanardi trained harder than ever to bring his nerveless body back into shape. Numerous setbacks with the prostheses he slipped away, because he had a dream, and nothing could stop him, to realize this dream. He wanted to return to the race track, back to his great passion.

Alessandro Zanardi: "I thought from the start automatically about how I can do all the things I could do before, do now"

Less than two years after his terrible accident Alessandro Zanardi returned to the place of his life had changed forever. Under thunderous applause of the audience, he drove the missing laps completed and thus ended his aborted run. He drove in a converted race car specifically for him, he actually managed through long training, the brakes operate with a prosthesis. He drove in such a good lap times that he later professionally participated in the World Touring Car Championship and even regained race. And this without legs, with his hand he could give gas, the brake, he served with the prosthesis. He realized his dream of a racing career, even though he had no legs to it. Alessandro Zanardi also managed it yet in a converted him for Formula 1 cars to go round. He was thus the first amputee racer ever, who was allowed to drive a Formula 1 car.

Alessandro Zanardi: "Many believe that life without legs is over Damn it, that's not it, but the biggest challenge is to make the most of the opportunities.."

Alessandro Zanardi was a happy man again. He had a loving family, he was able to take the car, and he exercise skiing all kinds of sports. After his racing career, Alessandro Zanardi put new goals in his life, and so he began to train with a handbike. The handbike was comparable to a recumbent bike, which was powered only by his arms. Alessandro Zanardi discovered through this sport a new passion and he trained every day to strengthen his arms. At the Paralympic Summer Games 2012 in London, he creates the unthinkable, he won the individual time trial in fact the gold medal and became the radiant Olympic champion.

Alessandro Zanardi was the positive handling of his disability as a model for people around the world. Despite his destiny he fought admirably back to life, with a strong will and an incredible joie de vivre.

Alessandro Zanardi: "Everyone has the ability to say in a bad situation: Okay, now I have to carry on with what has stayed with me and behold. Hell is not as ugly as you thought"