A story of a survivor from Titanic 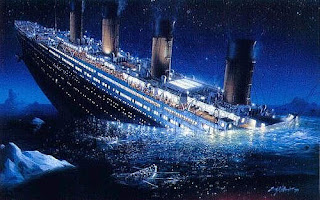 Richard Williams was born (Switzerland) in the city of Geneva on 29 January 1891, was a passionate tennis player. He was already at a young age as a great talent, and he was always supported by his parents. In order to promote his talent even further, he wanted to go on a long journey. At the age of 21, he went with his father in the small French coastal town of Cherbourg, to cross from its current location from the Atlantic to America. He wanted to start there at Harvard University to study and besides working on his tennis career. It was April 10, 1912, as Richard Williams, together with his father and a few other passengers boarding the ship that would take them to New York. It was currently the largest passenger ship in the world, the Titanic.

Williams dreamed of a successful future in America and his new adventure, when he was suddenly torn from sleep. The Titanic had rammed an iceberg, by this offense, many people were confused. In the first few minutes yet was quiet and serenity, this mood changed but order quickly, as the first lifeboats were lowered into the water and the captain ordered the evacuation of the Titanic. Richard Williams and his father helped immediately other passengers, especially to get the women and children into the lifeboats.

When the Titanic increasingly began to decline, soon broke out stampede. People were aware that far too few lifeboats were available, and also for Richard Williams and his father was no space. Suddenly one of the four giant chimneys of Titanic was the pressure no longer withstand and plunged into the crowd. At the last minute Richard Williams was able to avoid, however, his father had no chance and was killed by the collapsing chimney parts. To mourn Richard Williams remained but no time because the ship was already shortly before the sinking. With one last desperate leap Richard Williams jumped into the icy waters of the Atlantic, to save himself.

Before the eyes of Richard Williams, the Titanic went down, exactly two hours and 40 minutes after they had collided with an iceberg, he could hold on with his last strength to a damaged and overturned lifeboat. Many people drove in the water and shouted desperately for help, but there should be no help. The lifeboats have enough space, rowed from the calling to help people off for fear of her boat might capsize. Soon the desperate cries were fewer and fewer, until they later completely stopped for a short time. It was a bitterly cold night, and the water temperature was below 0 ° C, just above the freezing point of sea water. Most people had no chance and died a painful death from hypothermia.

Richard Williams was still alive, along with about 30 other people, he clung to the boat. Within moments he had come from a warm bed in the absolute hell and had to fight for its survival. It now prevailed eerie silence to Richard Williams already drove all dead people who were happy and alive at the boat just a few hours. It was a terrible situation and no one knew how it would go on now. Richard Williams looked into the frightened and pale faces of the people who clung to the boat in agony. By freezing cold but the first people died here too soon from hypothermia, the situation seemed hopeless.

Richard Williams left an increasing number of the forces. Nevertheless, he continued to fight, he did not want to die, after all, he had his whole life ahead of her. With incredible will to survive, he persevered, ending many other people beside him lost the battle and died. This incredible and agonizing struggle for survival took several hours to Richard Williams was exhausted, rescued from the first rescue ship, the RMS Carpathia. Most people who like it had detained the boat were no longer alive.

After the rescue of the noted strong supercooling sufferer Richard Williams that he had no feeling in his legs. A ship's doctor immediately advised him to amputation of the legs in order to stay alive. Richard Williams, however, would never be able to start a tennis career without his legs, and as he told the doctor that he would need his legs still and decided against amputation, even though he knew it could cost him his life.

Richard Williams tried it softly to warm his legs and to restore blood flow to the damaged tissue. Throughout the trip to New York, he therefore went around every two hours on the ship, to keep his legs moving. In between, he warmed himself in an oven to keep warm. There were incredible pain that Richard Williams had to endure, every step felt as if someone would stab a thousand needles in his legs to him. Richard Williams held this torture the next day despite the enormous psychological strain resistant through, even during the night. And this persistence should make themselves get paid, because soon actually returned the feeling in his legs.

Richard Williams slowly began to train again and to play tennis, he tried the Titanic disaster as best I could to work with and to look positively into the future. Just a few months after the Titanic sinking and his agony, he won the US Open title sensationally in New York in the mixed competition (man and woman). In the years 1914 and 1916. He also won the American Tennis Championships and played very successfully in the national tennis team of the USA. Richard Williams brought in later years a gold medal at the Olympics and was also added to the Tennis Hall of Fame.

Richard Williams barely survived the Titanic disaster and made it through incredible will to save his legs and to start a successful career in tennis. He always tried to make the most of his life, no matter what heavy blows also met him. Richard Williams died on June 02, 1968. His will to survive the sinking of the Titanic and his successful career as a tennis player but are still legendary.