Is material wealth the most important thing in life? 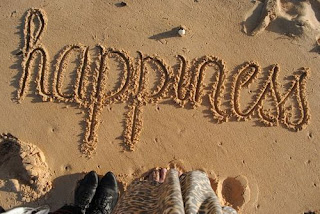 One day a traveler was surprised by a violent change in the weather with wind and rain. Apart from the bones soaked spotted the young man in the distance a small hut, where he found refuge. While the old lady of the house gave him a hot soup to eat, dried his clothes on a warm fireplace.

The cottage was very simply furnished, but suddenly he saw on a worn shelf a gold statue, which seemed to be very valuable. The walkers could not turn away his eyes and had to constantly look over to the shelf. As the weather was better again and the young man wanted to do on the way back, suddenly stopped him, the old lady of the house and said, "I've noticed that you've been so impressed by the gold statue. Here you have it. "

The old woman gave the hikers without hesitation the valuable sculpture. The young man could not believe his luck, put the gold statue in his bag and quickly made it before it should consider the woman differently. He was aware that he could buy the most precious and most luxurious things with the gold which he had dreamed for a long time. The old woman cheerfully waved him afterwards and said goodbye with a smile.

A week later the young man came back but again and handed the old woman the golden statue. Ashamed, he looked the woman in the eye and said: "I Estimate the statue, it is really unbelievable of great value. But then I started thinking. I want to give you back this gold statue in the hope that you can give it something far more valuable to me. Please give me some of the so easily what enabled you to give me this statue. Because I believe that you can achieve happiness in life with things other than material wealth. "