Christian the Lion - An awesome friendship between humans and animals

The profound friendship between Christian and its owners moved people worldwide. The history showed that love had the strength to break the laws of nature. A short time later it came again to a final meeting with Christian 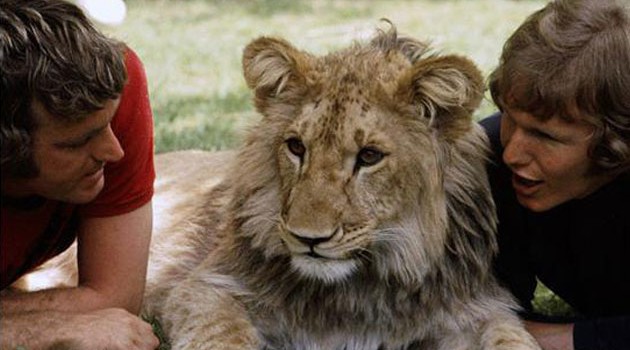 When the two students John Rendall and Anthony Bourke in autumn 1969, the famous department store Harrods visited in London, they were very surprised. In the legendary animal department, they discovered a small lion cubs, which actually was up for sale, according to a sign. The two students could not hold their tear away from the sweet puppy, which they looked with sad eyes out of the cage. The two students did the little lion terribly sorry, why they took an incredible decision. They decided to buy the lion, to spare him the sad fate of unscrupulous animal dealers and to give the puppy a better life.

John Rendall: "He was irresistible. We sat for hours in front of his cage "??

The two long-haired students coiffed his hair and put on their best clothes to leave a serious impression at the seller. And they made it in fact, the animal department of Harrods to prove the seriousness of their plan and bought the lion cubs with their last scraped money together. Christian, as he now called the lion, came under the basement of a furniture specialty store, where students had a casual job in passing. From a pastor they also got permission to use a nearby walled garden and the church, where Christian had plenty of space to let off steam. After Christian was shipped into the car, started for the lions a new life, in the midst of the metropolis London.

Christian flourished in his new environment to normal. He chased soccer balls and stuffed animals and was supplied with raw meat. John Rendall and Anthony Bourke spent every free minute with the lion and took with him also repeatedly trips by car. Christian soon became a celebrity in London and constantly people wanted to visit the cute lion cubs. Since the maintenance of the lion was very expensive, the two students took advantage of the public's attention to take a little money for rising expenses. But the lion pup grew rapidly and the two owners realized that the current home for Christian would soon be too small.

After a long search we found for Christian a place in a National Park in Kenya (Africa) where you wanted reintroduced the lion cautiously. Abandoning Christian dropped the two students very difficult. When Christian was looking at them with pitiful eyes for the last time, it almost broke the two owners the heart. But they knew that they had give up to the lion now, so he could prepare for his new life.

After almost a year, the two students wanted to visit the lions. However, the competent gamekeeper told them that Christian was wild now and they would not recognize. After some time, he finally managed to track down Christian. Slowly, the now full-grown lion stalked closer to the two men and suddenly something unexpected happened. The lion had his philanthropists actually recognized and sprang towards them joyfully. The tender hugs with his mighty paws were like a miracle, what even the less experienced gamekeeper could hardly believe.

The profound friendship between Christian and its owners moved people worldwide. The history showed that love had the strength to break the laws of nature. A short time later it came again to a final meeting with Christian. The lion but was then reintroduced permanently and he disappeared forever in the vastness of Kenya. The two students had now the certainty that his friend had arrived at its final and proper place. Here is the touching video about Christian and his friends!