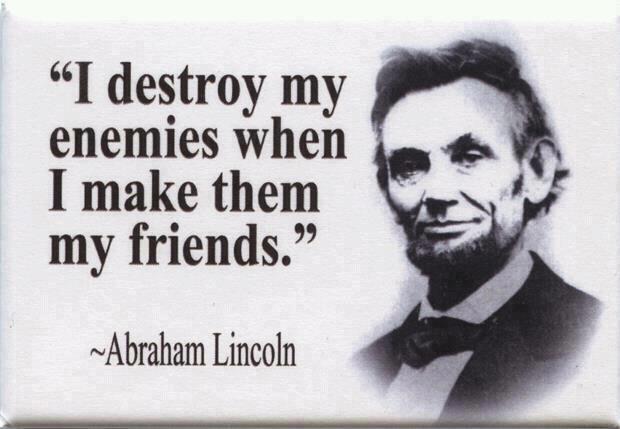 Some time ago, steamboats were one of the main means of transportation in America. Many products such as grain or meat were brought by settlers with a team of oxen to Mississippi, so they could be shipping from there downriver. The steamship companies it was at that time of course, very good, because they had no really serious competition in the transport sector.

Until that day, as the rock Iceland Railroad to build a large railway bridge between rock Iceland and Davenport planned. The wealthy shipowners were there with the fear to do, because they feared the great competition that would start from this bridge. For now, they prevented the construction of a judicial ban, until there was a great process. The steamship owners wanted their right to be responsible for these transports, do not give up, and so they hired one of the best lawyers who had to get for this specialist field.

And this on the last day of the trial held before a large audience Sand rank his plea. The process had now developed into an exciting and thrilling event, and the outcome was difficult to predict. Just two hours took his closing speech. He also was not afraid to use as the dissolution of the American Federal to avoid arguments with this pessimism to build the bridge. Those present who had until now listened breathlessly, responded with rapturous applause on this stunning speech.

The lawyer for the railroad company, however, did almost all suffering. What should he oppose this unfettered speech yet? Whether he would speak for two hours? Not really. His closing speech lasted less than two minutes. And this he said: "First of all I want to congratulate the opposing counsel to his brilliant speech. I have never heard a better plea. But, gentlemen of the jury, unfortunately, he has overlooked the essentials: What the citizens traveling from east to west need is at least as important as what those need who travel on the river. The only question that ultimately you have to decide is this: Did the people who ascend to the river and shut down, more rights than those who want to cross it "Then he sat down?.

The decision of the jury was not long in coming and was a sensation. This gaunt, bony and abnormally large man who was dressed poorly this had actually done it, but to win this process even more. And this then unknown lawyer named Abraham Lincoln. (Later American president)

Those people who can bring forth the essence succinctly be most appreciated. Just as it has Lincoln understood perfectly. His speech has become world famous - though he spoke less than two minutes. This process has gone down in the history of the United States as one of the largest litigations.