Charlize Theron: You have to have the courage to jump from and to the deep end 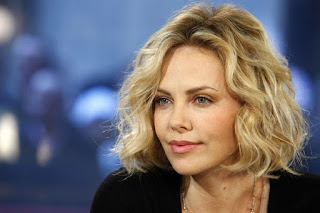 Charlize Theron was born on 07.August 1975 in the town of Benoni in Johannesburg (South Africa). There she grew up on a farm on, her mother is German and her father is French. Especially the mother encouraged Charlize where it went, she sent to ballet classes and taught their ambition and above all discipline. But family life was hard, as a child she had to watch as the alcohol consumption of the Father ever more destroyed the family idyll. Violence was again on the agenda. Until that day, where it should end in disaster.

On June 21 in 1991, her father comes volltrunken home and starts to rampage. With a rifle in the hands of man, his wife and daughter threatened to kill. Before the eyes of 15-year-old Charlize's mother shot her husband in self-defense. For this traumatic event Theron is silent persistently until today in the house. In order to overcome this blow, Charlize was only a few weeks after this event to Milan in order to try as a model - but with limited success. My real desire is to be a successful dancer was. So they came at the age of 18 years on the Joffrey Ballet School in New York. Here Charlize spent an exciting time, until that fateful day, should make their dream of a dancer at a stroke destroyed. A knee injury forced her to quit her dancing career forever.

Charlize Theron: "I remember one night, it was then two clock in the morning, when I wept my eyes and four packs have devoured ice cream, because I had to stop dancing. My mother then said, "Well, why not try it as an actress?"

After this tragedy sat Charlize, for a decisive impulse to her mother, everything on one card. With a one-way ticket, she flew to Los Angeles, in the city's actors. Failure was ruled out for Charlize - because it would have meant having to go back to South Africa. However, after a short time she was financially totally burned, she stayed only scantily with occasional modeling jobs afloat. If the career now be finished forever or the fate of Charlize would take another turn to a better end? To answer this question, we need a bank teller, a bank employee, and an enraged Charlize Theron.

As Charlize wanted to cash a their meager Model checks again, you refused the bank teller at the counter paying, since the paper had been issued outside of the State of California. Charlize, who needed the money urgently, got a real tantrum and exploded. They involved the poor bank employee in a war of words such hitziges that all customers snake became aware of it. Among them was the Hollywood agent John Crosby, who was impressed by the cursing, but lovely South African. He offered her to manage it. This was the foundation for their future career, they should be very successfully challenge from now on. Fate had finally meant well with Charlize.

Charlize Theron: "What was I supposed to do something else. If you want to achieve something, then we must not be shy. You have to have the courage to jump from and to the deep end. "

From this point on it went with her career uphill. She starred alongside film greats like Al Pacino, Robert de Niro or Johnny Depp. In films such as "The Devil's Advocate," "The Italian Job - hunting of millions" or "monster" she put her acting skills to the test. With courage and ambition to Charlize Theron catapulted among the most sought after actresses in Hollywood. The special benefits as a character actress were already won an Oscar and a Golden Globe.

Charlize Theron, a colorful character and a fixed star in the sky of Hollywood. The fans adore as Star, succumb to her charm and beauty. But for many people are the calamities that had to overcome to get Charlize unknown. It is admirable how courageously and steadfastly they dealt with it and was able to overcome setbacks again and again. She has always tried to look ahead. This is an exemplary attitude that can help each of us in every situation in life also.

Charlize Theron: "I believe that acting has healed me. I let out everything, say everything in my work and feel. That's why I think I go through my life without being accompanied by the matter and to suffer. "