Martin Aufmuth: "I think that if you simply have a great goal, if you know what you want to achieve, in our case, we provide millions of people with glasses and change the life of them, then you get the necessary energy, simply because I know just by the inner motivation, what I want to achieve " 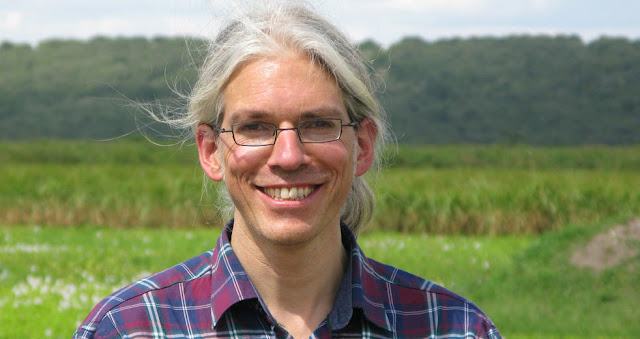 The refractive error can be corrected in the Western world quickly. Hard to imagine we would have on our without eyeglasses. Students no longer come up with at school and managers can not read their contracts. Truck drivers may not drive because of poor eyesight and simple crafts can no longer be exercised. Approximately 150 million people in developing countries have exactly this problem, because they are the visual aids simply can not afford.


Martin Aufmuth: "Since I was kid I have a sense of a global injustice"

Martin Aufmuth began search information about different types of glasses to collect and studied different patents. For months he dealt with possible materials for spectacles, he crawled for not only the Internet, but also numerous department stores. After many trials made it the inventor, with a bent spring steel wire, cheap glasses and a shrink tube to manufacture its first spectacles. And this at a material cost of actually less than $ 1. With a separate hand-designed bending machine it took less than 30 minutes to produce the finished spectacles.

Martin Aufmuth sought supporters and started his own business on the way to Africa to put his idea into practice. He brought with him his benders and his faith in the world a good turn. He did not really care if his cheap spectacles would actually sell. Locally Martin Aufmuth formed from a few interested people who should use his machine. How would the glasses arrive at the people? 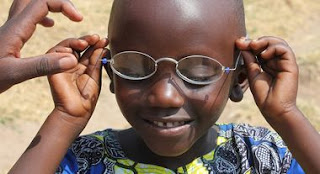 For all of what he had done, Martin Aufmuth the "OneDollarGlasses" enjoyed great popularity immediately and quickly hundreds Glasses were sold. Apparently disabled children could suddenly completely normal to attend classes and an older man saw for the first time in his life his village. Grown men began to work again and again were able to provide for their families. The vision of Martin Aufmuth began to realize step by step, because the glasses should be prepared not only locally but also sold at an affordable price. And this strategy had also many positive side effects.

Formerly unemployed people working locally as "OneDollarGlasses" Opticians, they deserve with the production of spectacles not only money but already make itself more employees. Mobile bicycle Opticians go from village to village, where they can make a customized glasses with defective even in remote villages. The news of the "OneDollarGlasses" like wildfire around the world. More and more traders from different parts of the world log on to Martin Aufmuth to carry out the "OneDollarGlasses" with the special bending machines in the country.

A person can not change the world? Martin Aufmuth proves the opposite, sometime is his vision a reality and it will provide 150 million people permanently with eyeglasses. Already he gives millions of people a better and easier life. A real man called Martin Aufmuth solve a global problem and shows how an idea can change the world. If you wanna help, you can join his website at: http://www.onedollarglasses.org/


Martin Aufmuth: "I think that if you simply have a great goal, if you know what you want to achieve, in our case, we provide millions of people with glasses and change the life of them, then you get the necessary energy, simply because I know just by the inner motivation, what I want to achieve "