Barca need players with so much heart

Carles Puyol fit not at all in the scheme of the football club Barcelona, ​​was not technically gifted and had no other outstanding capabilities. But he showed us that not the talent itself, but our attitude is critical, what we can achieve 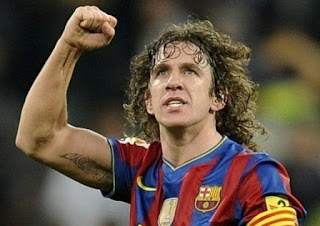 A little boy wandered sad and lost in thought through the streets of Catalonia (Spain). He had just taken the second trial in the famous La Masia youth academy of football club Barcelona behind him, and again he was only sent off. The talent seeker mocked this little soccer with his corkscrew curls, because his peculiar hairstyle was also a lack of talent added. But the headstrong boy wanted in this academy because he someday wanted to play again for the great FC Barcelona, ​​which was his big goal. And so he tried it a third and a fourth time, but again and again he was rejected. The legendary footballer Academy formed mainly young footballers from that also brought the necessary technical minutiae, and the boy simply did not have the technology.

But through his perseverance and persistence was the head of the research school, Oriol Tort, noticed him. For some reason, he admired these indomitable will. And so he helped the boy still to be included in the Academy of FC Barcelona. Only at the age of 17 years, where his old colleagues had already enjoyed the training this academy for several years, he went into the training. Therefore, the chances of a successful career were because of his advanced age already vanishingly bad, but these young footballers did not care, because he always went his own way. His name was Carles Puyol.

Oriol Tort: "Technically, he had it not much. He had much less talent than others. But I had never seen anyone with such a willingness to learn. Barca need players with so much heart "

Carles Puyol took advantage of his last chance perhaps, but yet to become a professional footballer. He made his technical shortcomings with relentless will and enormous power offset. He trained like crazy in order to strengthen his body and compensate for its weaknesses. Soon he was no longer just laughed, because his ambition he gained quickly the necessary respect. The committee responsible for the performance tests trainers, Ricard Pruna, was taken aback by Carles Puyol, he had never had such an exceptional athlete under his wing. He had greater muscle strength and explosiveness as all the rest of the squad, and that by far.

What was now out of the boy who was repeatedly rejected by the Football Academy and had the really certifies no talent? Carles Puyol was not just a regular player at FC Barcelona, ​​but was also captain of the team. In addition, he was drafted in the Spanish national team, where only the best footballers in the country played. The title Collection of Carles Puyol to be proud of, here are a small selection of his success:

Carles Puyol fit not at all in the scheme of the football club Barcelona, ​​was not technically gifted and had no other outstanding capabilities. But he showed us that not the talent itself, but our attitude is critical, what we can achieve. There were many footballers who had more talent than Carles Puyol. But no one had this indomitable spirit, this determination and this determination, the Carles Puyol had. And these properties, it was they who made him not only a crowd favorite, but also one of the world's best defenders.