My run was to adopt a symbol for a challenge

Roger Bannister was the same year European champion over 1500 meters in Bern (Switzerland) and but stated at the end of the same season, at the age of only 25 years, his retirement from active sports to be from now on entirely to his career as a neurologist to devote. But he remained the sport subsequently not received many functions. 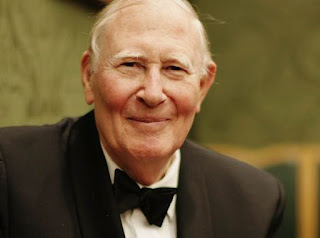 In 1954, since time immemorial has been tried in athletics, one mile (about 1.6 km) to run under 4 minutes. This seemed to the former athletes simply impossible to be. For decades it has been trying by all means, but repeatedly failed the runners clear. They came to terms with the fact that the human body would never be able to undercut this magical hurdle. This fact had already set deep in the minds of all athletes and professionals, but not at a young track and field athletes: Roger Bannister. Roger Bannister was the so-called dream mile run contrary to the general opinion in under 4 minutes, and he was convinced that we can do it too. With his attitude but he stood there alone, for his stated goal, he was only ridiculed. Because everyone knew around the world that this was not to create.

The 25-year-old Roger Bannister put just in the last phase of his medical studies and the way he was a very talented athlete and runner. Due to his studies, he had little time for his training, so he developed his own training methods. Augrund the short lunch break he gave up the long, slow endurance runs as preferred by his colleagues, he preferred speed and liveliness. With this interval and tempo runs, he brought himself in great shape for a project that he really wanted to create: One mile to run under 4 minutes. Roger Bannister believed in his goal of being able to make the impossible possible. Contrary to the years of blockade thoughts he imagined how the feeling would be if he would actually create the four minutes hurdle. All negative and derogatory comments around him he dazzled as best he could, and he focused only on itself. These intense emotions accompanied him up to the date on which took place the race.

About 1000 spectators arrived in the small, belonging to the University of Oxford Stadium. The weather was not good, rain clouds and wind did not bode well. Roger Bannister was nervous, but still fully focused on his goal. He cut the last time the nails of his running shoes and then went along with his five competitors at the start. The tension increased by the minute, equal to the race just four rounds would start. Most people knew of his plans, but did not believe in its success, although Roger Bannister was seen as a great talent. Suddenly the kick-off, the runners started rang, and in the middle there was Roger Bannister.

It was a very fast race, and Roger Bannister felt good. He was everything inside him, his special training should pay for itself apparently. The first, second and third round went by in a flash and he felt a great sensation was possible today. Meanwhile, also noticed the audience that they had Roger Bannister may yet underestimated and transformed the small stadium in a loud madhouse. They cheered and fired Roger Bannister on loudly, they all wanted to watch the world record. The last 200 meters were opened, and Roger Bannister sat superior to the top. He could create the world record, but were the last meters to the finish crucial. Roger Bannister heard the cheers of the audience is no longer, the world around him seemed to stand still. The closer he got to the goal, the more seemed to remove the target range of him. He floated now formally toward the goal, he felt that one of the most important moments had come in his life. In a breathtaking pace Roger Bannister crossed the finish line and broke then exhausted together. The people present were completely out of it, it could be really been a new world record. Had this young student actually made it?

After a few minutes the announcer Norris McWhirter announced the final result, which itself would soon spread like wildfire all over the world: 3: 59.4 minutes, a new world record! Now broke all dams, the audience had just become witnesses of one of the most memorable and distinctive athletics world records of all time. There has never been a runner, who had run below four minutes, the dream mile until Roger Bannister came. Newspapers around the world overwhelmed with this sensational news, the world record hit like a bomb. The years of discussion about the dream mile finally over, it was actually possible to run under four minutes. This record had such a high priority that even a meeting at the venerable Oxford Union Society for exactly 3: 59.4 minutes was interrupted in order to honor the record of Roger Bannister.

Roger Bannister was the same year European champion over 1500 meters in Bern (Switzerland) and but stated at the end of the same season, at the age of only 25 years, his retirement from active sports to be from now on entirely to his career as a neurologist to devote. But he remained the sport subsequently not received many functions.

Roger Bannister yielded a superhuman feat for its time. He sat his own limits and did not listen to the so-called experts, who considered his plan to be impossible. His body followed right to the end his mental conceptions, to the dream mile run under four minutes.

But as it went to the so-called dream mile? Just a few weeks after his sensational run his record was broken, and in the years to come made it already many runners to undercut this dream brand. In memory but remained only Roger Bannister, the first man who had managed this milestone and had thus eliminating a previously insurmountable barrier for many athletes around the world single-handedly. The US magazine "Forbes" chose his record run to the greatest sporting achievement of the last 150 years.

Roger Bannister: "My run was to adopt a symbol for a challenge. I see this world record like a metaphor not only for sport, but for life and its challenges. I was always happy that I after me the impossible seem possible let many runners and also saw how they made it then "