It's a miracle that I'm still alive 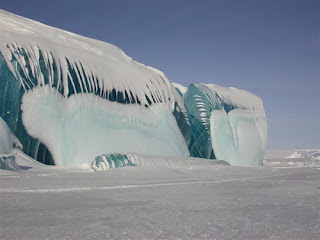 The lure was just too big for the 21-year-old Cedric Genoud, when he discovered the pristine powder snow slopes off-piste. He was traveling straight in the ski resort in Evolène (Switzerland) in glorious sunshine, and wanted to fully enjoy the skiing. So Cédric left the secured pistes and drove down the slope unsecured. It was wonderful, surrounded by mountains and with magnificent snow conditions put Cédric completely relaxed his skills in the snow. Soon he would be sitting at dinner with his friends and end the perfect day comfortably. He was still deep in thought when it suddenly made a tremendous noise.

A large slab avalanche had come loose, the slope under Cédric broke downright out from under him and he fell down the slope. He tried somehow to escape the death trap, but it was already too late. Cédric was buried under the huge masses of snow and for him now began the most important seconds of his life. Even before the masses came to a halt and would be cemented him literally, he had to use the time to gain with his hands and arms in front of face as much space as possible to breathe. At the same time he tried to paddle like a swimmer to go toward the surface. But suddenly there was silence around him. The avalanche had come apparently to a halt, and Cédrics Heatmap was nil. Slowly he realized that he has just been buried by an avalanche, he was buried under a 50 centimeter thick layer of snow and in concrete as the grave.

Cédric could only move his head, his luck he could get a little breathing room. This was one of the most important facts that a little increased his chances of survival. He had another important survival rule already noted, he had stopped screaming because most people die in an avalanche by suffocation, an open mouth is immediately stuffed full of the snow. It was now pitch black. Cédric was afraid that his oxygen would soon come to an end, because the cavity in front of his head was not big. Then he heard tracked vehicles, and he could not believe he thought that he would be equal to saving his luck hardly. But the vehicle noise went away again. There was only more eerie silence, dead silence. Cédric was buried alive as in a coffin in concrete of snow, and he was all alone. It already had to have dawned the night, and Cédric were aware that no one would look for him in the darkness. Perhaps this was his death sentence.

The horror night already lasted several hours, Cédric did not have any more time feeling. He thought of his family and to all the people who like him had. For the first time in his life he began to pray. But suddenly it seemed as if he would get no more air. The suffering would soon be over, he thought, and he would suffocate here excruciating. But it was only an illusion of him, and Cédric made the decision to do everything to the last breath for his survival. It was very cold, and the young man's life hung by a thread. He was so tired that he could fall asleep at any moment. But if this should happen, it would have been his certain death. He was shaking all over and through these rapid movements of the muscles of the body produced the necessary heat, and helped to prevent further cooling. Cédric fought on doggedly, he stuck repeatedly snow into his mouth not to fall asleep and to prevent a water shortage. And again and again he wondered why he had left only the secured slopes. He imagined that he would be perhaps no longer be found, and he would only stay here more left as a skeleton. And as time passed, slowly and without haste.

Cédric was found the next morning by a search party and freed. He survived despite 17 hours under the avalanche with only a slight hypothermia. His face was pale, the dread was he still in his face. This horror night was a hard lesson for his life, which has not yet been taken away from him with a lot of luck.

The most common cause of death among avalanche victims is choking. After 90 minutes, the survival rate is only about 20 percent. Cédric Genoud had only survived because of the small cavity was somehow supplied with fresh air in front of his face, which ultimately kept him alive. He almost paid with his life his reckless risk, today he regretted his act. The story should give us pause when we think about the next time, to go outside of controlled slopes.

Cédric Genoud: "I was not aware of the risks. The signs that signaled the risk level 4, although I have seen, but simply ignored. It's a miracle that I'm still alive "