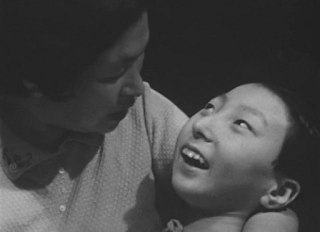 Minamata was the early 1950s in an idyllic and peaceful small town in Japan. The main source of income of the inhabitants was fishing since Minamata was right on the coast to the southern Japanese sea. People were satisfied with their lives and were able to eat well and healthy through the glut of fish. This carefree days but should soon be over, because as suddenly out of the blue happened peculiar and terrible things.

Dogs and cats behaved very strangely and unexpectedly broke down dead, in the bay of the city, more and more exaggerated dead fish. The residents had a bad feeling, because no one knew what that meant everything. Suddenly, the people of a headache and had difficulty walking and speaking defendants. They had to contend with strange twitching and paralysis. Most locals we went every day worse and soon led to the first agonizing deaths. When they found out the cause of the mysterious circumstances of his death, it was already too late for many people.

Nearby there was a chemical plant, which had their toxic mercury-containing waste can be disposed of in the sea. By the contaminated water and by eating fish, which also took up the poison that mercury finally came in the food cycle of people. With devastating effects, because this toxic heavy metal was deposited on the people and poisoned slowly and systematically the body. Despite the clear signs of the chemical plant in question was trying to evade responsibility. With support from the government, which wanted no event jeopardize the economic growth, the company was able to continue as before, as only half-hearted laws against this disposal were created. Only a few years later, many affected people had already initiated legal proceedings, the chemical plant was shut down due to the increasing demonstrations and the increasing numbers of victims.

An estimated 20,000 people have been harmed by the mercury, 3,000 people had died of it. But the number of unreported cases is likely to be much higher. Many unborn children have been damaged in the womb, almost every third child in Minamata was born with mental or physical damage. Victims were bedridden and were confined to a wheelchair. The worst thing was that many patients wait until today to appropriate compensation, because only a fraction of victims due to the strict criteria received financial aid from the government. Many people already in advanced age are still struggling today to just satisfaction, the most affected is the however nothing to bring, because they are long due to the poisoning of the earth.

The Hidden Gift disaster with the mercury has been known throughout the world under the name of "Minamata disease". The bay was dredged later, parts of the heavily contaminated seabed were covered with layers of steel and cement, with the hope that the mercury never looking for a way to freedom ...

The dangers of mercury is still greatly underestimated, despite the Minamata incident. By amalgam fillings in the posterior region, which consist largely of mercury, the toxic heavy metal reaches everywhere in the world in men's bodies. Over time, then uses a creeping poisoning, with a variety of symptoms such as headaches, dizziness or constant fatigue. Governments tolerate the amalgam as it did the chemical plant was tolerated in Minamata to simply cut costs. That's why many studies on the dangers of mercury and amalgam are simply ignored and it is still trying to downplay the situation.

About the fact that dentists need to dispose of the amalgam fillings as toxic waste under very stringent conditions, is hardly spoken. And also about the fact that also the poisonous mercury is in the energy-saving lamps. Whether there is reliable studies for hazardous nature here, may, as has happened in recent years and as well as in Minamata, be strongly challenged. Hopefully there are here in the future avoid a rude awakening, because the health of the people should always and everywhere come first.

There are now first countries such as Sweden, which have expressed a general ban on mercury-containing products and have recognized the risk of mercury properly. A bold move, the hope many other countries will follow.