Canelo - A loyal dog till the end of life

In honor of Canelo a plaque in the city of Cádiz was built. This story is a reminder of how strong love can be an animal to a human. Canelo still holding his owner loyalty until after his death. 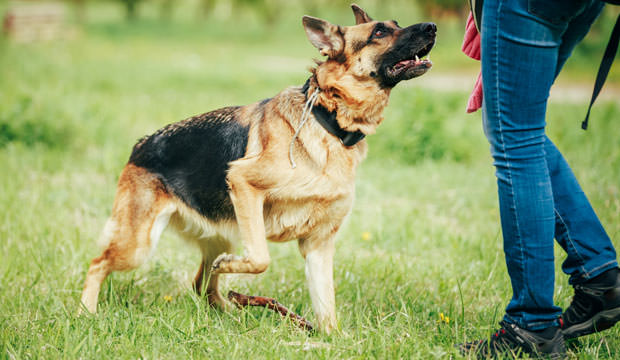 In the late 1980s walked an old man with his dog through the streets of Cádiz, a city in southern Spain. Canelo, that was the man's dog was a faithful companion of his master and followed him at every turn. Although Canelo was a dog, he was the old man's best friend, because otherwise this would have been very lonely. As every week had the old man to a hospital to undergo dialysis because he had a kidney disease. Again Canelo devoted accompanied his friend, but he had always waiting at the front door, as no animals were allowed in the hospital.

Eventually, however, worsened the condition of the old man and he had to be hospitalized again. The doctors could do nothing for him and the old man died. Now it was the usual procedure, the memorial was completed and the Funeral Service was informed by the hospital. But what no one knew was that outside the hospital was still a dog that waited for his master.

Canelo was the front door of the hospital out of his sight, but his friend was not there. were hours from minutes from hours were days. However Canelo did not move from his place. Over time, the people found in its surroundings out the truth about the strange dog who could not leave the entrance of the hospital his hopeful eyes. The people did the dog sorry they could Canelo but not make it clear that his owner had died and he would never come back out the door. They gave the dog food and water, which gratefully wagging his tail each time. Nevertheless, he always remained in his seat and looked out for his master.

One day Canelo was no longer in his place at the hospital. People wondered about it, because they had become accustomed to the peaceable dog. Suddenly it was learned that Canelo has been captured by the dog catchers urban Perrera. Perreras were killing stations in Spain, where animals were kept often cruel conditions before being killed. Canelo was now by his unconditional loyalty to his master a very famous dog, so quickly inserting animal welfare organizations and animal lovers for him and were able to free him from this killing station. Then they found families who wanted to adopt the dog, but repeatedly ran Canelo away to return to the place where he had seen his old friend for the last time.

Canelo now waited back in any weather, no matter whether it rained or stormed it was bitterly cold. Because he still believed that, at any moment would come his master and they could go home together. After twelve years of fruitless search Canelo died outside the hospital, the cause of death was unknown. Some spoke of a car accident with a hit and run, other voices claimed that Canelo was peacefully asleep in his seat. In honor of Canelo a plaque in the city of Cádiz was built. This story is a reminder of how strong love can be an animal to a human. Canelo still holding his owner loyalty until after his death.