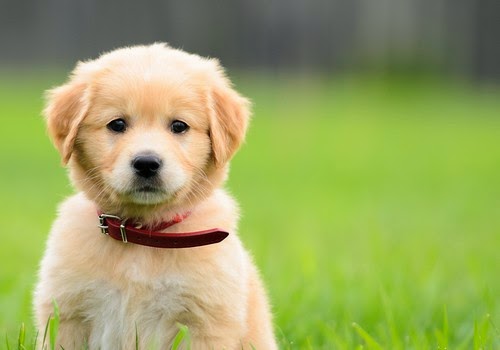 In a pet store, there is a billboard that appeal to children: "puppies for sale." Soon a boy came into the store and asked, "Sir..! How much for a puppy you sell?"

The store owner replied, "It's about from 20 to 40 dollars." The boy then reached into his pocket and pulled out a few money, "I only have 15.5 dollars. Hmmm, may I see the puppies you sell sir?" The store owner smiled. He then whistled for his dogs. Soon, from the room in the store, came the five puppies. They run around the whole store aisles. However, there was one puppy left behind the rear.

The boy was pointing at the back of the puppy and it looks deformed. He asked, "What's wrong with the puppy?" The store owner explained, that when the puppy was born, it has abnormalities in the hip, and will suffer a lifetime in disability. The little boy got really excited and said, "I want that little dog."

The pet store owner immediately replied, "Oh no..!, do not buy that puppy! But, if you want to have it, I will give him to you for free." The boy felt disappointed. He stared at the dorg store owner and said, "Sir.. I don't want you to give that puppy for free to me. Although flawed, the puppy still has the same price as the other puppies. I will pay the price for that puppy. At the moment I only has 15.5 dollars. But every day will be 0.5 dollars to repay until full. "

But the seller was still refused. He said, "I tell you son, do not buy this puppy. It can not run fast. It also can not jump and play as other puppies." The boy was silent. Then he took off his pants pulled the hem. From behind the pants, the dog seller saw a pair of legs are deformed. He stared at the store owner and said, "Sir, I am not able to run fast. I am not able to jump around and play as any other boy. Therefore I know that puppies need someone who wants to understand me. "

Now the owner of the shop was biting his lip. He hold the boy. Tears of emotion dripping from the corner of his eye. He smiled and said, "I will pray for every day that the puppy has a friend as well as you, son."

REFLECTION: .... Value glory of life lies not in the status or advantages we have, but on what we do is based on conscience can understand and accept shortcomings. Physical beauty is not a guarantee of inner beauty. Agree right?
Image by; mydogspace.com. Written By Kim Regina on Thursday, September 25th, 2014