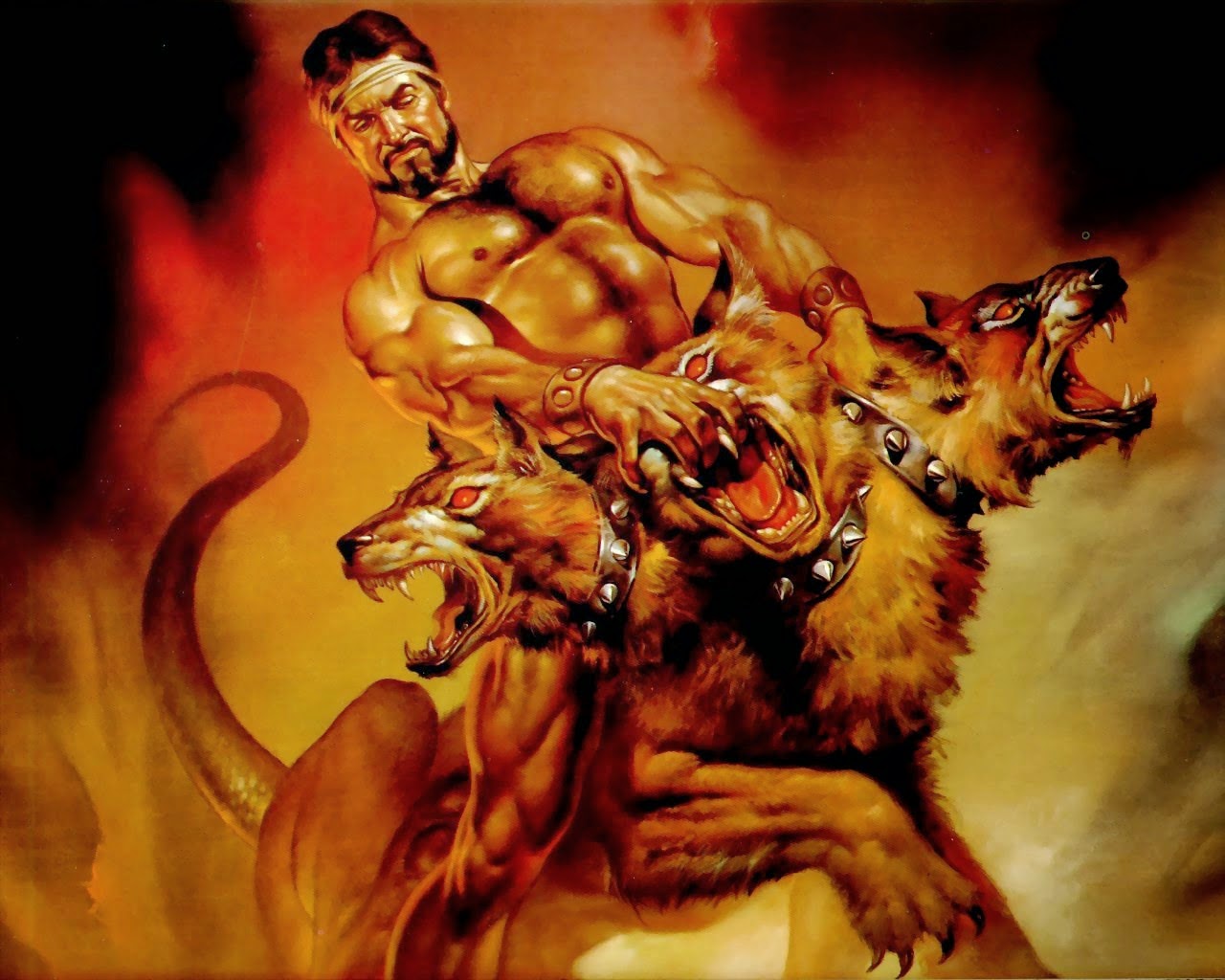 Among the tales of ancient Greek kingdom. The Hercules story always become legendary. He is half man half god. His mother is a human whose father was the leader of the gods, the god of lightning Zeus. Even Hercules was born as a man, he also inherited the power of the gods because of his father's bloodline, he has the advantage that has enormous power over normal humans.

Because of mistakes in the past, Hercules in the law of the gods to carry out the task that is given by the king Eurytheus, namely his own uncle. King Eurytheus hated Hercules Hercules because he was worried about going to seize the throne. Because the king Euretheus utilize Hercules penalty by giving tasks are very heavy and dangerous, with the hope of Hercules will be die.

But the king Eurytheus should always swallow disappointment, already 9 tasks carried Hercules everything worked well. Starting from capturing wild boar Erymanthus the giant who likes eat humans. Capturing Ceryneia horned deer gold and silver hooves that can run like the wind. Repel the giant bird that has a beak, wings, and feathers of copper sharp as arrows. And there are many adventures that have been passed Hercules, until at the last task come.

"Hercules my cousin, you have successfully met all wishes. The belts of Hyppolita and jupiter golden apples that are sustained by the Hesperides also been successfully you dedicate to me. Now, there is a task that should last me you do ..". The king Eurytheus on Hercules.

"Now the task what should I do uncle?". Hercules asked.

"I'd love to see dogs guard the gates of hell, Cerberus which is owned Pluto.

I want you to capture and bring the dog called Cerberus and bring it to the front of me. " Said word Eurytheus. He knows this is a task that is impossible and Hercules will surely perish.

The Cerberus itself is a giant three-headed dog and can give off a fire, if one head piece will grow two heads of the previous head. So do not be surprised if this dog deserves made in the gatekeeper of hell, the kingdom of god Pluto. But Hercules undertakes his uncle this impossible demand. Hercules went to the kingdom of god Pluto to ask permission to borrow and bring Cerberus with him. Because of course, if he's not worth taking a god pet without asking for permission, it is something that is very presumptuous.

Because Hercules humble attitude, the god Pluto was given permission to Hercules. But Hercules had to catch his own condition without carrying any weapons aka bare hands. And Hercules afford it. Hercules went to the gates of hell in which Cerberus is. Fierce fight occurred. Cerberus the giant and always spouting flames make Hercules felt so difficult, what else he had to fight with bare hands. Until at a time Hercules jumped up and catch the back of the neck of Cerberus and hold the three head of Cerberus, Cerberus certainly struggled and tried to escape.

But the grip of a very powerful Hercules makes Cerberus futile resistance and eventually he gave up on Hercules. Then Cerberus Hercules was followed obediently and went to the king Eurytheus. When the king see Cerberus who came with Hercules, Eurytheus king became very frightened and hid behind his throne chair.

"Take away the beast Hercules .. !! Go .. now you're free, your task is over. Immediately remove it from the presence of animals creepy to me .. !!". Cried the king Eurytheus fear. Eventually, the Hercules task was over, he returned Cerberus on Pluto. Then after that Hercules went wandering, traveling the world doing amazing adventures and rescue anyone who needs help ...

REFLECTION:
Be the humble, because humility will make others respect you. The humble nature of Hercules, although he has incredible strength, he was always humble and help to others ..
Written By Kim Regina on Saturday, April 12th, 2014 for kisahmotivasihidup