My Sad Love Affair With a Girl with Leukemia 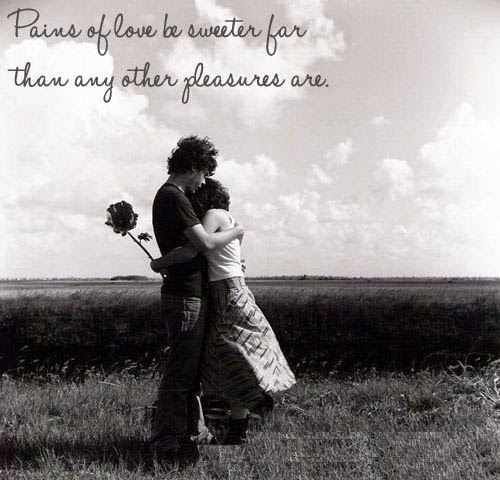 Hakketsubyou to Kanojo no Hiren

C "is what I believed at the time of my marriage.

When someone is dear to me, I feel I can not tell him that I love him.

If I tell him, as it would become me "things" municipalities.

I can not stand to feel that one I love mine.

As soon as I feel I monopolize this person, I feel it breaks and changes.

Is someone's life is important to me or not?

Someone personified all these feelings. I restricted and broken. I did it until it is too late. She became very strange in the messages she left on my answering machine, and in all his actions.

I was right to question him. Still, she said,

The desire to appropriate someone breeze. Because I bind myself to those I love, because I break, I am very scary.

I asked her a lot, she said to me clearly.

For example, she told me full of emotions, "I would just spend one more second with you"

And I say, 'I can not, I have work, and there are a lot of things I have to take care. So we can not see many "

If someone wishes with all his heart to spend time with the one she loves, so it can not be me. There are things that only I can do, and of course there are also tons of things I do not know how.

If I want to do a project which I am only one capable, I am willing to put my life at stake, and I will.

But it is natural that if I ask for help because I am not able to take care of myself, and someone comes around me to help me, I want to become that person.

It's not that I do not know why I am monopolizes people. The desire was so strong it was almost sickly. I still suffer now.

But as I know it makes people unhappy, I master it.

If I'm in love with someone, but she loves another, I still consider as being loved. I can not help it. If she can love someone more than me, It's ok. Because obviously it needs this person.

I am not saying this because I want to get rid of that love. The strong feelings I had were those of my own selfishness. If my feelings were not reciprocated, I was able to control them. But even if my love dries up, we are related to each other.

When I impose my will to those I love, there always are people who do not appreciate. It is a sad love, yet ...

Long ago, I had a painful love story. I had twenty years. She was about two years older than me, and we went out four months together ...

Then one day she told me.

"Let's reboot to zero." Obviously, this is not exactly what she meant.

When she told me this, I became like crazy, and I could not help myself. One can say that I was weak. I was so strange that I was ridiculous.

She had leukemia. She told me the first time we met. Nevertheless we thought it did not prevent us to carry out our relationship.

Whatever happens, my love for her has not changed.

We knew it was a matter of life or death. Yet she was sicker than I thought, and she wanted to protect me.

I think my inability to understand it was the main reason for our failure.

She vanished more often in my eyes. And I did not know what to do.

She said these parting words to the phone. I've been seeing. Whatever I say, we could not hear us. Not to come to hate us, we had to break up? Why? Is it a reason? I do not understand.

But all she could tell me was that she had made her decision. It was his personality. It was the kind of person that you can not easily change his mind. So I said that I understood.

I felt like I could do anything. So I took my car and I drove like crazy.

As I said earlier, I badly messed up my car, then I vaguely remember having lit a cigarette, and calling. "But what the hell are you doing?" has she said, and she started to cry, and I opened my eyes. From the bottom of my heart, I was ashamed of myself. I was a selfish child.

She had been betrothed before meeting me. She told that he would always look away. But one day, on the way, he had an accident and was killed. She was constantly thinking and worried.

Do you know what it's like to lose someone you love? I do not want that again ...

She tried with all her might. She told me her feelings. His words came from the loss of her fiance and his determination to fight against the disease, and between, the fear of death.

But at the time, I had no experience, and I did not understand his true intentions. All I've found to do is destroy my car.

While she was crying, I realized that I had hurt.

After that, I never drove dangerously. And I've never played with my life.

It keeps me informed about his health. Sometimes she contacts me. Fortunately, the disease is less severe. I think it will get better and better.

In this world, there are lots of sweet things on the surface. Sometimes we blessions people we love, Yet they push us to become better, and realize that what we think does not matter is wonderful.

Although it happened a long time ago, I am finally able to understand his thoughts.

Although there was a misunderstanding, I thought about it and I was able to trust him. Well as helping the person you love is not a decision he or she has taken ... it's the essence of goodness.

I think that's what she taught me.

From someone in France