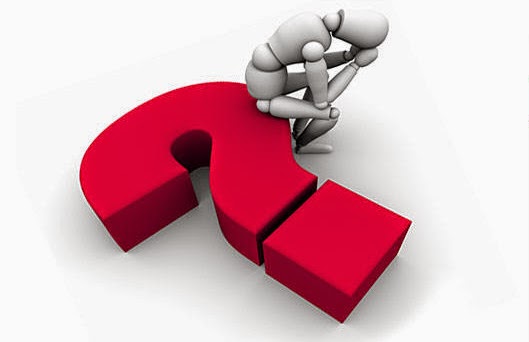 I am writing you because I am in a very difficult situation. I have to be honest and it costs me a lot because I'm about to describe is going to sound not very noble. But I need this franchise because I really need your expert advice and to get there is that the frank way that will allow you to enlighten me better. That I am an occasional escort girl, really casual. My professional situation is quite irregular and had debts to honor, I do not go out me. So I was faced with a not very noble way to be able to get out ;. I know it's stupid but when you're in a hurry you are ready for anything even do anything which étè me.

At a meeting in February 2012 with a client, I was surprised to encounter a masterful that changed my life. étè it love at first sight so masterful on both sides I really did not expect to make such a meeting as beautiful and strong. It has étè something magical that I know you so describe this encounter étè strong.

The person I've met literally fell in love with me and I just I strongly attached to him. He told me that what I did was wrong and I had to stop, I told her that I had financial worries and it was my only motivation for the practice of this sad activity. He said he wanted to wipe my debt so that I stop practicing it.

He asked me how much I needed to stop, I told him € 1,000.00 .It gave me so € 1,000.00. So I can resolve the remaining debts he had left. I was on a cloud I found it so hard gesture. And I was happy to be able to end this sad business. So I promised him I would stop. This is a person who does not live in the same place as me, she is Paris and I live in a small village in the south. This person stayed 5 days and we met every day. I was really in love and really attached to it. At the end of his stay, that person is party and we stayed in touch by phone regularly. This person came back in the month of June 2012 for 5 days, and our love has become even stronger, I was really satisfied.

I have a very irregular work situation, I have work contracts that go only from September to June and summer I have no income. In this famous eté so I was in a catastrophic financial situation again, no income for the period of July and August, I was in the most total abyss enormous expense, rent, bills, food, because I have a dependent daughter, I 0 income, bills accumulated, the owner of my home had to pass in order to retrieve the rent money and I was caught in a panic craziest, how would I do to get out. It was downright impossible, how can I do ?? ailais I did not dare talk to my companion; I was afraid he sees me as a person seeking venal than money and I was also afraid that it's a bad picture of me, the girl who does not leave his life. As for him everything was fine, I was really afraid to show her a picture of me very negative, which I refused to tell him about my problem.

So I resumed my sad business to be able to face all these charges, and one day in late July I was in contact with a client who asked me (because we had to meet in an hour or less ) that car I had. I told him I have a text message 206. And instead of sending that information to my client I adréssé by mistake my companion to immediately made the connection, saying "You have taken prostitution." For him the text message was very clear. and he did not want to know. I tried malhadroitement to lie by saying that no, it was someone I'd looked at the station, an old friend, and I therefore sent him the text message so that it recognize me on the station car park but he was not fooled at all and asked me to take her number from my cell and that he no longer wants to stay in touch with me and so very authoritative and very categorical.

I harassed for two months, he wanted nothing to know, calling me a liar, I had betrayed his trust. I was devastated and in shock and I still am. Do you think that with time this person will come back to me? Knowing that it is an extremely assertive person, honest and loyal right. Or do you think this is lost. I am in the deepest disarray, I engoufre me more depressed and viviement would like you to enlighten me on what seems lost in advance?

For him I betrayed him and he is a person very strict about the principles I had beautiful explaining the distress of my financial situation and I was really cornered, he wants nothing to do and when I call it closer, so I called it threatens me poter complaint. I wish I tell you our ages it to 66 and I 44.

What should I do in your opinion, Could you give me your support. I will always feel guilty for betraying someone who gave me so much and trust while the origin of our meeting will not predestined for this. I will always feel guilty for life. He trusted me in spite of the universe in which he met me and gave me the chance to love me despite this, how could I forgive myself.
Pending.
From Cordially