There is no future, there is no past. It is only now

He withdrew completely from social life back, spent a lot of time in silence, in a state of intense joy. Due to its great satisfaction visited Eckhart Tolle more and more friends and acquaintances, to ask him for advice in this busy world. 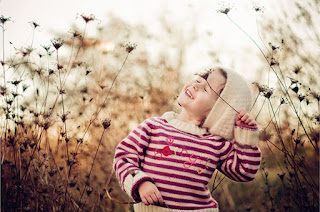 Eckhart Tolle was born (Germany) in Lünen on 16 February 1948, already came as a small child has difficulties cope with school. He refused to the pressure to perform and therefore fled at the age of 13 years to his father in Spain, where he also partially waived to attend school. As a teenager, he moved to England, where he graduated from high school and caught up successfully studied. At the prestigious university in Cambridge, he then worked as a teacher, but he was far from happy. The whole world seemed meaningless and empty, as if moved his entire life in the wrong direction. Eckhart Tolle tormented self-doubt and depression, even suicidal thoughts were not foreign to him.

At the age of 29, he had a crucial experience that would change his life forever. After a painful night again he abruptly shot thoughts through my head that something could not continue to live with the people Eckhart Tolle in him. On one side was this unfortunate person on the other side was his deepest inner, true self. Suddenly it made "click" with Eckhart Tolle and he felt a completely unknown state of happiness. He realized that his true self was much more than his previous small I, with whom he had identified previously. He felt like he was literally sucked into this new void without fear and his old identity was virtually wiped out.

Eckhart Tolle: "It was a detachment. Consciousness separated from the person and the personal history "

Eckhart Tolle dedicated the next few years the understanding and the deepening of its internal transformation. He withdrew completely from social life back, spent a lot of time in silence, in a state of intense joy. Due to its great satisfaction visited Eckhart Tolle more and more friends and acquaintances, to ask him for advice in this busy world. Eventually, he decided to return back to normal daily life and he looked for help to understand his radical spiritual awakening. Eckhart Tolle felt soon ready to share and to work as a spiritual teacher his experiences with other people.

Eckhart Tolle: "The realm of consciousness is much greater than it can be estimated rationally. If you no longer believe everything you think you dissolve the thought and see clearly that the thinker is not who you are "

Eckhart Tolle advised the people not to identify oneself with one's own mind and to end the illusion of time. For the intellect forced people to live solely by memory and in expectation. This confrontation with the past and the future generally led constantly to physical pain, hatred, anger and negativity. The message of Eckhart Tolle was very easy, because the most important thing was to live in the here and now. When his attention to the concentrated now, could transform his life miraculously, because only the present moment was really real.

Eckhart Tolle: "There is no future, there is no past. It is only now "

Any negativity was unnatural, because no other form of life on earth she knew, except for humans. There were no unhappy plants, no depressive dolphins, no frogs with self-esteem problems and no birds which hatred and resentment felt. The only animals which temporarily experienced a kind of negativity, were those who were living in close contact with people. Eckhart Tolle explained that one could learn a lot from animals because they always lived in the present. In addition, were all diseases, accidents and violence for Eckhart Tolle spiritual teachers in disguise. We often did not realize until some time later that the suffering experienced in reality also had a sense to change something in life.

Eckhart Tolle rose with its simple messages on to one of the greatest spiritual teachers of the world. He managed to the people in their deepest longing for a fulfilled life, for inner peace, without stress and hectic to touch their hearts. His books have been a very short time to world bestsellers and he was sought-after speaker in the famous talk shows. Eckhart Tolle moving millions of people to simply seek to silence and to recognize his true self and the meaning of life in the noisy and fast-paced world.

Eckhart Tolle: "If it is really quiet inside you and ebbs of the restless stream of thoughts, then opens a dimension that is larger and deeper. The silence is your true nature "