The concept of life on the wrong track

He successfully completed the school and began to study, among other things, he was also trained as a film director after that in various disciplines 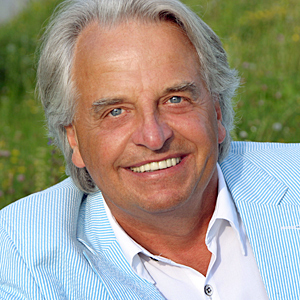 Clemens Kuby was born on 17 November 1947 in Herrsching (Germany). He successfully completed the school and began to study, among other things, he was also trained as a film director after that in various disciplines. At the age of 33 years he had a serious accident when he lost his footing on the roof of his house and plunged 15 meters into the depths. When he was flown to hospital by helicopter, there was additional turbulence due to a violent thunderstorm. The seriously injured Clemens Kuby suffered agony, but he was brought safely to the hospital. There he received the next shock news because the devastating diagnosis of the doctors was that he would remain paralyzed forever.

Clemens Kuby: "We arrived in a thunderstorm and I thought, now I die. I had all my life before our eyes "

Clemens Kuby was not doing well. Chained to his hospital bed, he spent the early days almost motionless, he had to be turned against bedsores every few hours. In this state of hopelessness he had only his intellectual thinking for the first time aware of his true soul available and it was. Clemens Kuby realized that his past life was lost totally in the wrong direction and it had nothing to do with his ideal. He decided now completely say goodbye to his old life and to resolve its conflicts in the past, in his spiritual imagination. Clemens Kuby also wanted to again pursue his passion as a film director, but this was difficult to implement as a paraplegic. Suddenly an incomprehensible miracle happened.

Clemens Kuby: "I myself did not want to see up to my accident a long time that I was with my concept of life on the wrong track"

Shortly after he had cleaned up his tensions in the past and once again found a new drive in his life, was stirring a toe from Clemens Kuby. Step by step, he won back his lower body paralyzed. His second lumbar vertebra was still broken and he lacked in one leg the normal sensitivity, but contrary to all medical predictions left Clemens Kuby the hospital after one year on two legs. The doctors spoke only of a miracle and this recovery could not explain simply. Clemens Kuby knew but why he could walk again. His accident was a cry for help of his soul and he understood the important issues that the pain was trying to convey to him. Now Clemens Kuby wanted but investigate the exact cause, as he could recover. He changed his life radically and started for the first time in a long time to listen to his heart.

Clemens Kuby: "Today I have to admit to myself that I had this accident brought about in a state of hopelessness unconsciously"

Clemens Kuby began to travel around the globe to visit especially poorer countries, where there is no money for drugs or surgery were available. With a film crew, he made his way to cultures that had no contact with the advanced civilization and documented their way they healed diseases. Over the years, he made discoveries which went far beyond the imagination of the western medicine. Clemens Kuby learned the diverse spiritual healing methods know and took lessons by healers, shamans, or medicine men. He began to understand how his time working his own healing and had why conventional medicine as well as failed here.

Clemens Kuby cleaned up with the notion that the man was only a purely material and physical creature. He came by his numerous experiences, knowing that man is a spiritual, himself was healing beings. Illnesses and accidents were cries for help of the soul, that something was wrong in life, and you should go get to the real reason why certain things happened in life.

On closer inspection, no wonder the healing of paraplegia from Clemens Kuby was because he had just recognized the innate forces stuck in everyone. Who had once understood the interaction between body, mind and soul really was rewarded with inherent and powerful self-healing powers. Clemens Kuby published documentaries, wrote books and gave highly acclaimed seminars, where he very successfully gave the people his knowledge of spiritual healing. He made it thus itself to give new hope and new courage in life thousands suffering people.

Clemens Kuby: "I never go to the doctor. Of course I sometimes thing, but then I immediately my method and find out what will tell me this symptom "