Lumira: "I try to bring the light to where was previously shadow"

When we are sick, there are many different reasons. If you do not understand these reasons, no cure can take place 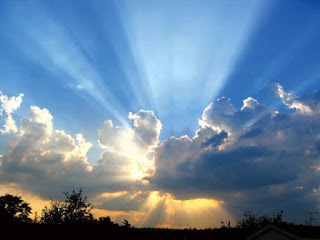 Lumira was born in the city of Karaganda (Kazakhstan) and had a child a gift that the spiritual world to the people perceive. With this ability, but she was on her own, because most adults they therefore encountered only on deaf ears. So she lived often in their own world with the different entities, usually separated from the other children. At puberty, she suppressed her disposition, because they wanted to be like all the other young people. Through this total rejection of their true soul but she felt lost and very her was not doing well. Only the grandmother helped Lumira to understand their special powers and to direct the connection to the spiritual world in the right direction.

Lumira began her subtle talent in Germany develop and trained to Shaman and kinesiologist. She wanted to help searchers make clear the important message that the man was a spiritual being, which had an incredible ability to heal itself. Therefore Lumira treated their customers not on the material level, but in the energy area, because only by real successes were achieved. The soul always expressed itself in complaints, to keep the people of a false life. Lumira wanted to support the people find the real reasons for diseases and to activate the self-healing powers, because they could track the interference of man.

Lumira: "When we are sick, there are many different reasons. If you do not understand these reasons, no cure can take place "

Lumira began to hold seminars and workshops with far-reaching implications. Gray hair restored their color, bald heads grew again, breast lumps disappeared or thyroid regenerated again completely, the list of cures was infinitely long. Lumira knew very well the people to teach that everyone was responsible for his body and his health, because there was in this respect no chance in life. The organism was a complex area, which was woven directly with the feelings, thoughts and inner beliefs of a person. Only through the conversion of the alleged victims to their own creators could use actual healing.

Lumira: "Every illness is a personal way to himself I do not think much of symptom suppression, because it can block the message of our soul and we do not see why we got the disease."

Lumira showed people that their cosmetic products, almost all came from their own garden and that they used general no products of animal origin. That is why they had an enormous vibrant radiance, because that was her body, her mind and her soul in harmony with nature. Perpetual Wellbeing and a sustained health were implemented for Lumira not unattainable dream of mankind, but for every human being. Only a person who is constantly struggling themselves and denied the whole world, not really revived his body and this begins gradually, slowly but surely to fall. Lumira also established a direct link between the food to the aura, because bad food had a significant impact on the people.

Lumira: "I can see how the food affects my aura. I think if there could be any, the entire population would long since become vegans "

Lumira managed to give new hope in life to many people. From a little girl from Kazakhstan has been an internationally recognized spiritual teacher because she used her skills always for the good of man. Because through the harmony between body, mind and spirit and unconditional love to yourself you managed to become a real creator and healer of his own life.

Lumira: "I try to bring the light to where was previously shadow. Aging and disease need not be. Love animates everything, it is the highest vibration "