Water has a healing power

He found that water was able to respond to all vibrations. Masaru Emoto realized that the structure of the crystals change, if you fed the water with different information. He saw the most beautiful crystal pictures when he supplied the water with positive thoughts, 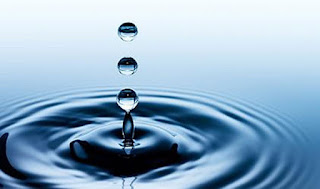 Masaru Emoto was born on 22 July 1943 in Yokohama (Japan) and studied International Relations as part of political science. This study enabled him numerous visits abroad, where he had an interesting experience one day. He saw playing golf a man who rubbed his injured knee with water as a painkiller. Suddenly the pain was blown away and the man was able to continue normally. Masaru Emoto sat now more with the issue of water and healing apart and concluded additional training as alternative medicine from.

Masaru Emoto: "At that time I realized: water has a healing power"

Masaru Emoto began the energetic structure of water to investigate further and soon came to surprising results. He let water droplets freeze and examined in the appearance of the water crystals. Masaru Emoto discovered with pure and untreated spring water beautiful water crystals as he could see almost no crystals in many tap waters. Masaru Emoto was fascinated by this fact and began his research continued to deepen.

He found that water was able to respond to all vibrations. Masaru Emoto realized that the structure of the crystals change, if you fed the water with different information. He saw the most beautiful crystal pictures when he supplied the water with positive thoughts, writings and words. He used but negative intentions or pasted for example note with the words "hatred" or "war" on the water tank, came malformed and imperfect water crystals to the fore when he examined the frozen water. The experiments were continued in a variety of languages, and always with the same result. Positive labels led to the most beautiful crystals, while words that hurt people, or no deformed crystals spawned.

Masaru Emoto: 'Physically, everything from vibration and vibration is energy. A character has its own vibration. Water has the ability to the information of words and even thoughts to transmit "

Masaru Emoto published his astonishing studies and wrote numerous books on the subject of water and vibrations. While many doctors and science showed no interest in his studies, his theses, however, spread by word of mouth like wildfire around the world. Masaru Emoto experienced international recognition across all walks of life, regardless of religious backgrounds. He made people aware that the labels on packages often harmful goods as the content itself, because by this often negative information charging the substance has been significantly altered. Another example still showed an extraordinary fact since Masaru Emoto regularly examined the tap water from Tokyo. One day he realized that the water crashed literally at a very bad value, which he could not explain. The next day he learned from the newspaper that just the Gulf War broke out. He realized at once that the water had heard this information and therefore the water levels were so unbelievably bad.

Masaru Emoto knew, as no other researcher to combine science with spirituality. While many mystics were only laughed at, but the critics went with Masaru Emoto from the arguments. Due to its developed water crystal photography he proved the world impressively that the water was much more than the sum of its ingredients. By persistent work of Masaru Emoto could affect not only the quality of the water, but that also directly own health, because the human body consisted of 70% water. One of the finest crystal images he discovered when he pasted the water container with the words "love and gratitude" for him these words were also the largest and most effective forces. Masaru Emoto died on 17 October 2014 aged 71 years with the knowledge to have left the people a very powerful wisdom about water.

Masaru Emoto: "My message is that we should concern ourselves more with the water. Water is an information carrier and life mediators "