A tiny story about happiness 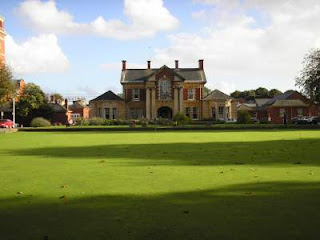 Two elderly men, both seriously ill, lying in the same hospital room. One of the men had the doctor's permission to sit up every afternoon for an hour, so that the liquid could drain from his lungs. His bed was the single window of the room.

The other gentleman had all the time lying flat on his back. Ultimately, the two men talked for hours. They talked about their families, their home, their job, the last vacation, what would you do well, you should come home.

Every afternoon when the man in the bed sat down upright next to the window, he talked about the things he saw outside the window. He told of the flowers, the fresh grass, the birds and the lovers who walked in the open countryside, the Swans at the pond with their chicks and the flies that buzzed around in the meadows. He described the sunset and its gorgeous colors, or the soothing lapping of the drop when it rained and the sigh of blades of grass, if they were allowed to drink.

The man in the other bed, the only allowed to lie, sometimes closed his eyes and imagined the things in front of which he was told. A happy smile came to his face, and deep gratitude flowed from his heart to his roommate and for the wonderful things there.

One day, when the nurse came into the room to wash, she found the Lord in the window bed dead. He was with a peaceful, almost satisfied expression on his bed, and the parting was the remnant very difficult. He asked the nurse to push his bed to the window, where it is now but would place, and the request was promptly fulfilled.

As all workers had left the room, the man gathered all his strength and sat up slowly and painfully to take a look out the window can. Leaning on his elbow, he turned to the window, looked out, and saw only the boundary wall of an atrium.

The man felt strange. He rang for the nurse and asked her what his neighbors would have caused him to describe the wonderful things that although this still could see only the bare wall.

"Yes, they did not know," replied the nurse, "that her neighbor was gradually and then completely blind at the end of his path, so he could not even see the empty wall? He probably wanted to give them a little Nice to life. It was him a huge pleasure to make others happy, despite his own situation. Shared sorrow is half a sorrow, but happiness when shared, is double joy. "