My greatest wish is that the book many will encourage people to never give up. I believe that love can move mountains " 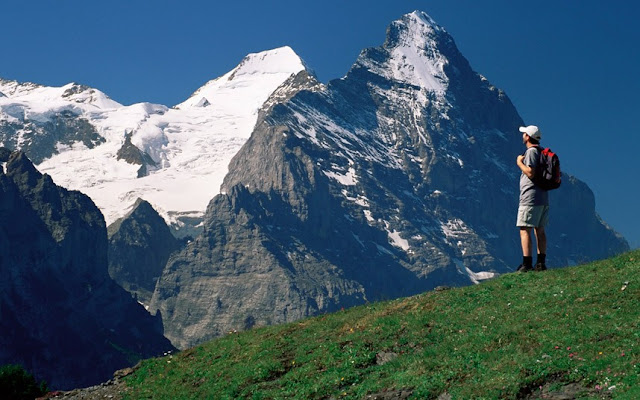 As Michael Röhrdanz Angela met her, he knew she was the love of his life. After a short time they became a couple, and it was followed by a real dream wedding. So the years went by, and Angela was pregnant for the third time. The family happiness seemed perfect and Michael Röhrdanz looked forward to the new addition to the family. However, the ideal world should soon get serious cracks.

In the third month of pregnancy Angela Röhrdanz suddenly developed pain in her arm. At the hospital, the doctors diagnosed a circulatory disorder in the brain, Angela Röhrdanz had suffered a severe stroke. When her husband arrived at the hospital, he immediately tried to get through to his wife. Michael Röhrdanz was scared about his wife, and when he saw later, this was justified. Her whole body was tense and her face was completely distorted. When the doctors informed him the diagnosis, collapsed a world Michael Röhrdanz. His wife was suffering from a "locked-in syndrome" ("entrapment syndrome") and the doctors spoke of a certain death sentence.

Michael Röhrdanz: "My wife was trapped in his own body. Doctors gave her three weeks to live, and the infant were given no chance "

The "locked-in syndrome" was a state in which a man indeed was fully conscious, but was physically almost completely paralyzed and could no longer make himself understood through movements or through language. Angela Röhrdanz was now encased in her own body, she could hear and understand everything around them, only the right eyelash she could move a bit. The doctors gave the mother and her unborn child and urged Michael Röhrdanz to his wife to deliver them from the torment. Michael Röhrdanz now had to make a decision between life and death. And it related to the love of his life.

However, to the surprise of doctors, he chose a laborious and uncomfortable way. Michael Röhrdanz decided to continue to fight for his wife and everything possible to try to help her. He rolled his life completely around, because now he was all on his own. He continued to go to work and took care of the children. Almost every day he visited his beloved wife at the hospital, which lay motionless in her bed. Michael Röhrdanz read to her and encouraged her because he would not give up. An incredible pressure weighing on his shoulders, because it was a very lonely struggle. He sought help from doctors, but again he was dismissed by vile comments that his wife would die anyway. But Michael Röhrdanz it was not discouraged, despite all obstacles, he was next to his wife there, day after day.

It took several months, a miracle happened. The doctors brought by Caesarean section actually a healthy baby into the world, for the doctors, it was a real sensation. And this birth was the wake-up call for Angela Röhrdanz to return to normal life. Through many therapies, she managed to move a finger, and eventually even the hand. Always at her side was Michael Röhrdanz who tirelessly and with great effort supported his wife. And this is not over weeks or months, but for many years.

Six years after the stroke his wife was able to attend again independently in their daily lives. Michael Röhrdanz had managed to unite his entire family happy again. But only two years later his wife died in a damaged heart and kidney failure by a severe flu virus. Completely dejected Michael Röhrdanz decided to process the story of him and his wife in a book, because that his beloved wife was alive for him.

Michael Röhrdanz: "My greatest wish is that the book many will encourage people to never give up. I believe that love can move mountains "

Michael Röhrdanz stood alone against the doctors and made a bold decision to fight for his wife. He did not know whether his action was right or simply on the doctors should have listened. But despite years of resistance and conflicts he was until the last second to his decision, and for that he deserved the highest respect. He was by his willpower a model for many people endure even in difficult situations and to believe in the power of love.