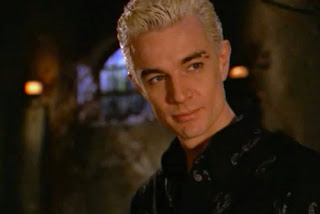 Twenty years he had to settle with Statisten- and smaller supporting roles. In most cases there had been a criminal because of his strict appearance and his careworn figure performances, for which he was engaged only in the short term. William Pratt just did not fit into the requirement profile of Hollywood, where only youth and beauty had priority. And so he had to earn his living as a truck driver, and by the way he tried his goal of becoming a famous actor to realize. But now he seemed to have succeeded in his dream, to finally get a significant role had been fulfilled. How long he had been waiting for his acting talent was finally recognized. And now it was time. The message from the casting office was even personally signed by James Whale, the renowned manager, and she was real. The chance of a lifetime!

The initial excitement faded but as soon as he read the script. He had a lot of playing time next big stars, but he had to play a dumb monster, which is why his role was classified as extremely insignificant. His distinctive voice would be so never heard, he had to contribute only a few grunts and Growler. And it got worse. His costume was almost a hundred pounds and consisted of a five-pound spinal brace, which he so strongly with disabilities that no one could even remotely recognize his talent to move. William Pratt's hope was only in his distinctive face, which should remain the spectators remembered. But even here, the well-known make-up artist James Pierce had something about it. A massive tower was its skull a square shape, a Balsamierwachs reached to his eyelids. In the treatment he has been colored using a special green pallor. His entire facial features were rendered virtually unrecognizable in one fell swoop. As a final humiliation, he was at the premiere with "? - Appears as the monster "in the opening credits. Nobody knew William Pratt, but that should change very soon.

When the performance was over, came the big surprise. The audience was totally scared and anxious. It was immediately clear that they had no eyes for the stars, but they were completely banned from the nameless monster. William Pratt made a wordless, stiffened and unidentifiable thing a character that is legendary to this day. He managed to create a mixture of horror and sympathy for his skills. But what is the name of this film, in which these insignificant role all completely overwhelmed? It was Frankenstein.

William Pratt was superimposed from now on by managers and offers, who could excel under such a monster costume, evidently had to have real talent. He changed his name as an artist in Boris Karloff and went as one of the greatest Hollywood legends in the history of the film industry a. He received several nicknames such as: "Karloff The Uncanny" (Karloff the Uncanny). William Pratt has taught us that it is not an opportunity that counts, but what we make of it!