Robert Redford: "I felt ready to make something of my life " 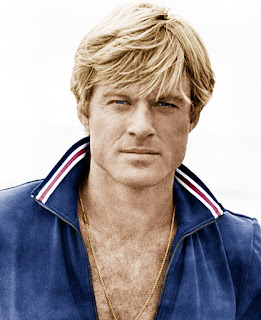 Robert Redford was born on August 18, 1936 in Santa Monica (California) and grew up in very modest circumstances. The school did not interest him and he quickly began to get bored. He took care during the lesson not to, did not learn for exams and also got by bad grades. In addition, Robert Redford played truant again the lessons, because he did not want to bow to the authority of teachers. Of the teachers he was therefore labeled as troublemakers, which simply could not help. For Robert Redford, the clearance was very important, he did not want to be bound by other people.

Robert Redford: "I wanted to be independent, and fearless. Again and again I got into mess "

Since Robert Redford was very talented in baseball game, he received a scholarship for the University because of his athletic talent. But even this way did not make him happy, because Robert Redford wanted to be a painter and artist. He just wanted to be free and discover the whole world. As even his mother died, his school and athletic performance declined rapidly. He got alcohol problems and thus lost his scholarship soon. After leaving the university, he took odd jobs on the California oil fields to keep somehow afloat. When he had saved enough money for a plane ticket, he moved at the age of 19 years to Europe on a journey of self-discovery.

Robert Redford: "I wanted to devote myself to art. I wanted adventure, another life, other cultures "

Robert Redford was hitchhiking across the continent and had many adventures. He lived in Florence, Paris and Munich and was temporarily in various art academies. He deepened his artistic skills and tried as a street painter, to earn his livelihood. Robert Redford won by his journey many new insights in life and learned to diverse cultures. After almost a year, he returned to the US and wanted to now build a new life.

Robert Redford: "In Europe, my life changed. When I returned to America, I felt ready to make something of my life "

Robert Redford began studying theater design in New York City and visited on the recommendation of a teacher and a private drama school. Here he discovered his passion for acting and Robert Redford remained henceforth mainly on Broadway (theater district in New York) on. Soon he was able to get hold of here first smaller theater roles which were more important with time. Robert Redford managed this also to obtain commitments in some television series. But while he was able to achieve considerable success in the theater, he was largely insignificant as a film actor. But by his great charm, he soon received a roll of film with which he should create his big break.

In the movie "Two bandits", he played the robber so convincing that he thus quickly became one superstar in the film industry. Robert Redford graduated then an impressive film career. With movies like "The Great Gatsby," "The Untouchables," "The Horse Whisperer" or "The Last Castle" he became one of the highest paid actor in the Hollywood film industry and a world star.

Robert Redford was in its infancy and an outsider in his youth a rebel globetrotter. Nevertheless, he made the leap to a famous actor, film director and producer, because he always went his own way, even though this was often difficult. But he always believed in his artistic abilities and materialized by his biggest dreams. In his extraordinary career Robert Redford has received numerous awards, as well as the most prestigious film award in the world, the Oscar.

Robert Redford: "I was raised early on to be independent. To stand up for myself and never to push myself challenges "