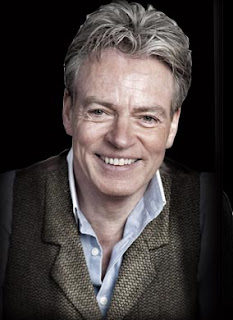 After Allan Stewart had first studied dentistry and dental surgery later in 1936, he practiced for decades as a dentist. Now he enjoyed to the fullest his well-deserved retirement. He took care of his vegetable garden, met friends and company sports. Over time, however, he felt that he wanted to meet new challenges and decided to try again with a study. He graduated in 2006, over 70 years after his first studies, successful study law (jurisprudence). Allan Stewart mastered this in a record time, for fear that he would not live to see its completion.

Allan Stewart: "I have today so much time and may be straying mentally active"

The lecturer Sonya Brownie of the Australian Southern Cross University could not believe it when she looked up the registration form and the year of birth of the student. But Allan Stewart was actually once again continue their education and enrolled in a study of health sciences. He always wanted to deepen his knowledge of "healthy aging", this interesting study offered simply for him. But there was an almost insurmountable obstacle for Allan Stewart, because the operation of computers was here requirement.

Allan Stewart had to face a completely new challenge, he had no idea at all of today's technical possibilities. But he did very inquisitive approach the subject and learned step by step in this direction. He taught himself how he could send the work via e-mail to the University and worked as the Internet. Since it was primarily a distance learning course, also found the tests and exams online instead. With an incredible perseverance and patience he learned painfully the fundamental concepts and managed to communicate via the Internet with faculty and other students, or conduct comprehensive internet searches. After two years of study, it was finally done, Allan Stewart graduated as one of the oldest students in the world at the age of unbelievable 97 years successfully completed his studies.

Allan Stewart: "It's never too late to expand your horizons and achieve something that is worth the effort"

Allan Stewart was at the University of a living legend, although he was only laughed at in the beginning. But to put through his courage and his will be new challenges and to give everything, he became a model for many students around the world. Despite his advanced age he put a greater vigor to the day than many younger students and showed that they could achieve anything in life through a positive attitude. Even at the age of 97 years already.

Allan Stewart: "Without goals, life can become meaningless, you should never come up with excuses. I think what I did was an encouragement for many people "