This blind man inspires us 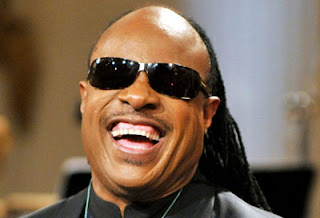 In the 1950s, a little black boy wanted nothing more than to be recognized and respected by his classmates, but he had a crucial disadvantage, because he was blind. Because a premature baby he had in an incubator, and as the oxygen supply was wrong, he went blind. His mother ran to him even from doctor to doctor, but it was all in vain, the boy should remain blind.

One day we heard during the school teaching a gentle but unusual noise. A little mouse had strayed into the classroom, and the excitement of the kids was perfect. The teacher knew that no normal lessons more was possible, because with a mouse in the classroom is no longer a child would be able to focus properly. And so all the children involved, including the teacher on the mouse hunt, but to no avail, because the mouse had hidden somewhere in hiding. There was now only one hope to find the mouse.

The teacher looked at the small blind boy and told him that he had the best voice in the whole class and that he could locate the mouse. And so each child in the class had to be quiet as a mouse, so that the little boy was able to concentrate on his task. And indeed, the mouse could be made and captured locate through his good ear. For the first time in his life the little boy received recognition and acclaim, and he realized that he had a special gift, despite his disability. Since this incident, the blind boy began to believe in themselves and to consider his handicap into an opportunity. His name was Stevie Wonder.

Stevie Wonder was a bright and happy child, despite his blindness, he always wanted to try everything. He learned cycling, climbing trees or playing with other children, but his greatest passion was music. From a young age he mastered the piano, the harmonica and the drums perfectly. He had, despite his blindness an incredible musical talent, he not only played several musical instruments, but he also sang in a church choir with and composed her own songs. But Stevie Wonder wanted more, he wanted to be a musician and make his music publicly. And this was often at a disadvantage in a time when the black people and not recognized, especially if they were disabled. Although he dissuaded a lot of friends about it because they wanted to save him from a disappointment to Stevie Wonder applied at a record company. No one believed that he might have a blind singer success, only he himself believed in himself and in his talent.

The head of the record company, Berry Gordy, it could hardly believe it when his adviser informed him that a twelve-year-old blind man stood in front of his door, to compete at his company. Despite his negative attitude he saw the blind boy briefly, because after all everyone deserved a chance. But he got a short time to hear later, was hard to imagine him. This little blind boy could not only drums, piano, harmonica and guitar playing, he had to have an extremely talented voice. And as Stevie Wonder actually came to his first recording contract, and this should be the start of an extraordinary musical career.

Stevie Wonder recorded his first records and created by his musical talent soon made his international breakthrough. From now on, he worked hard on, he composed, played and produced songs, and with incredible success. All over the world the songs of Stevie Wonder were played and he soon rose to one of the most sought-after musicians in the world on. But not only his touching songs helped him to this glory, but also his great heart.

With his songs and texts he became involved as for the equality of black people and he thus became a sort of mascot for the civil rights movement. His song "I Just Called to Say I Love You" he dedicated to the long prison victims Nelson Mandela, or the song "That's What Friends Are For", he sang for more solidarity in the fight against AIDS. In numerous benefit concerts you had not ask the talented musicians long to attend, also was Stevie Wonder Peace Ambassador for the United Nations.

Stevie Wonder had to overcome a triple handicap because he was poor, black and blind. In a time when many people were discriminated with a dark complexion, a little blind boy pushed boldly against it and despite all the difficulties had always been the hope of one day becoming a great musician. This hope was fulfilled already at a young age, as Stevie Wonder was brave enough to apply as a blind boy with a record company. This was the start of a unique success story, and Stevie Wonder received the most prestigious awards and music awards such as the Grammy, an Oscar or Golden Globe world. For his contributions to soul music, he has also been added to the "Rock and Roll Hall of Fame".

But the starting point of this unique international career was a little mouse that Stevie Wonder then confidence was that he had a special gift by its sensitive hearing.