Maickel Melamed: "If you dream it, you can make it possible" 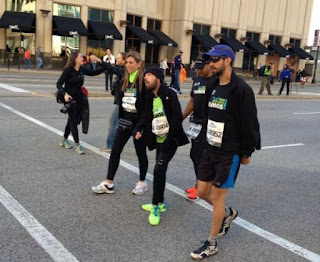 Maickel Melamed was born on April 27, 1975 in Caracas, capital of Venezuela. At his birth there were complications because the umbilical cord wrapped around his little neck. The doctors saved the baby, which was severely damaged but motor for this reason life. The shocked parents was also informed that Maickel Melamed had only to live more one week. Physicians should however be wrong because Maickel Melamed had a great fighting spirit and made great progress in the next few days, so he could just escape death. The family took care with full dedication to the child, but Maickel Melamed suffered from hypotonia, a too low muscle tone and a very weak muscles.

Maickel Melamed grew rapidly despite his frail muscles because he was mentally fully at the height. He managed not only graduated from high school, but also began very successfully at the university to study. Professionally, it went very well for Maickel Melamed, but by his disability with the muscle weakness he had serious disadvantages in sports. But he would not resign and thus began to try various sports. Whether skydiving, paragliding or diving, Maickel Melamed had everywhere a lot of fun. With an incredible effort, he even managed to climb the Pico Bolívar, the highest mountain in Venezuela. But for his next goal kept him even his personal fitness trainer for crazy.

Maickel Melamed: "If you dream it, you can make it possible"

Maickel Melamed did actually tackle a full marathon (42.195 km) and began determined to train for it. As his muscles were not developed properly and his muscle mass was limited, he had to get it over with a special strength training. Maickel Melamed trained up to 50 hours a week in order to realize his insane projects can. However, the long and extremely hard preparation should pay off, because he made it really to finish the marathon in New York and in Berlin successfully, and this in a period of about 15 hours. At Marathon in Chicago Maickel Melamed but should soon reach its limits.

While all participants in this marathon for hours in goal, Maickel Melamed was still in the middle of the track. As the marathon was officially already ended, he had now again running on the sidewalks, as there was no more road closures. These constant elevation changes cost the courageous runners extra strength and Maickel Melamed had to fight hard. His supervisor could no longer help him and tried to persuade him to task. But Maickel Melamed had a great fighting spirit, even though it was already dark and his muscles ached unmercifully, he worked his way further step by step.

At 01:30 clock the next day suddenly surged to great jubilation in the target area. Many spectators had come all the way and could hardly believe it when he actually the weary and exhausted Maickel Melamed saw emerge from the darkness. He made it with an unimaginable effort, the Chicago Marathon with a time of incredible 16 hours, and 46 minutes to finish. He came only with distance finish last, but for the people he was the real winner of this running event.

The story of Maickel Melamed and his athletic performance spread like wildfire around the world. In spite of his muscle weakness he found an access to sport and thus became the model for many people with disabilities. He sat his own limitations and stunned by all the experts. Maickel Melamed showed people that you could meet all the challenges in life with great willpower.

Maickel Melamed: "Your life is the most beautiful thing can happen to you. So make the best of it "