Julia Roberts: "No award can fill me like my family " 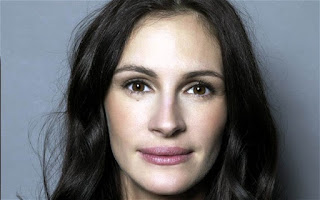 Julia Roberts was born on October 28, 1967 in Atlanta (USA) and grew up in poverty. Her parents ran a small drama school for children, but which threw off not enough money to feed the family may adequately. As this educational institution went bankrupt, the family ran into financial turmoil and had to move into a small apartment and makeshift. When Julia Roberts was 4 years old, her parents divorced. In this difficult time, the mother had to fight hard to be able to afford any clothes and food for the family. Life was not easy, as the mother was married again for a short time. Julia Roberts, shy and without self-confidence had, with her siblings suffered greatly from the stepfather and there were abuses.

When Julia Roberts was 10 years old, her biological father died from stomach cancer. Under this case of death they suffered greatly, but a new model she found in her older brother, who studied drama and already was able to get first major theater roles. Following the successful completion of high school Julia Roberts moved therefore to her sister to New York to become an actress. They had no money and had otherwise enjoyed by no acting training. But when 17-year-old girl she dreamed of completing a great acting career.

Julia Roberts spoke to many auditions, but had little success. Through the constant rejections she was forced to accept smaller part-time jobs in order to keep afloat somehow. Meanwhile, they made it through their tenacity to get smaller film inserts. In her first major role Julia Roberts extra bass guitar learned to play to get a point in the movie "Satisfaction" Even with the strip. "Pizza Pizza - A slice of heaven" they had to fight hard to get a chance. Only their own initiative, to dye her hair to match the film character could convince the director from hiring them. The film was very successful and Julia Roberts presented a first real test of talent as an actress from.

In her next film Julia Roberts was again not the first choice, only the director Garry Marshall was convinced to have the 22-year-old actress found the right cast. You got this role eventually awarded and wanted to do it to show the film character as authentic as possible everything. Julia Roberts played the main character as a prostitute next to the famous actor Richard Gere then so convincing that all film contributors were delighted with her. The romantic drama "Pretty Woman", celebrated on March 23, 1990 in the USA a vielumjubelnde Premiere and evolved very quickly into a true blockbuster. The audience was so moved by the extraordinary charisma of Julia Roberts in the spell that this film despite low Production costs could import more than 450 million dollars worldwide. With "Pretty Woman" Julia Roberts managed her international breakthrough and rose overnight to one of the most desirable women in Hollywood.

Julia Roberts presented an impressive career as an actress back. In many classic films she played in the hearts of men and received in 2001 the coveted Oscar for the film "Erin Brockovich". Their natural appearance and her hearty laughter were a distinctive hallmark. But not only by her talent as an actress, she was with men so popular, but by their noticeable earthiness. The family stood with her always come first and they constantly took thus a break from acting in order to be there for them.

Julia Roberts was with huge application that you could start a successful career despite the lack of acting training. She let herself never be beaten by rejections and always believed in their absolute dream job. With unusual means such warmth and humanity she made it in the tough world of Hollywood to rise to a real crowd pleaser.

Julia Roberts: "I have only one wish, to have a happy and fulfilled life. No award can fill me like my family "