Thanks to The God 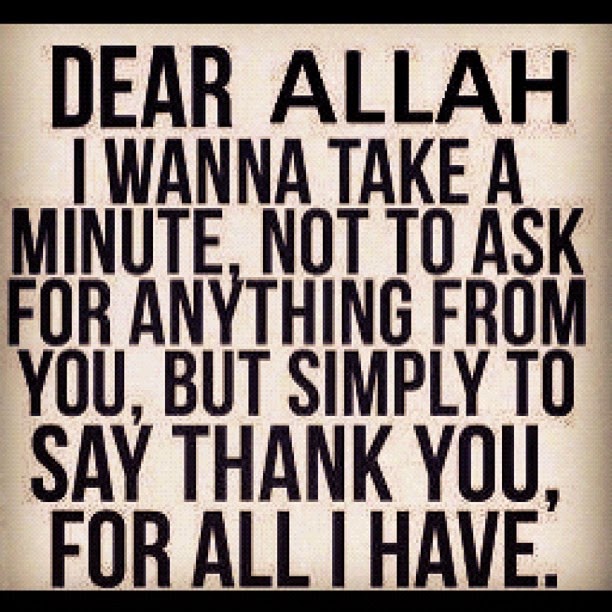 Once God, commanded the angel Gabriel to go to see a buffalo. The angel task is to ask the buffalo.
The buffalo was bathing in the river. The angel Gabriel came and then began to ask the buffalo, "O Allah's creatures, are you happy to have been created by God in the form of a buffalo?" Buffalo replied, "Glory to God. I am always grateful to God who has made me as a buffalo." "Why is that?" angel Gabriel curious. "Even if I'm happy mud bath, but it was better than if I would be bat who bath with their own urine," replied the bull.
The answer of the bull apparently appealed to the angel Gabriel. Soon the angel Gabriel met a bat that was hanging on a tree. The bats woke up saw the arrival of the angel Gabriel. "The angel Gabriel is what you come here?" asked bat. "I'm here just wanted to ask if you are happy created by Allah The God who Most Mercyfull Al-mighty as a bat?" replied the angel Gabriel. As the buffalo, bat it is also a sound like someone who is happy. Then it said, "Glory to God. I am endlessly grateful to God because I am a bat instead of worms." "Why did the worm?" asked Gabriel. "It was so small slimy, living in the soil, the worm runs on their stomach. Compare that me I can fly quickly."
Answer of the bat make the angel Gabriel went to see a worm crawling on the ground. The angel Gabriel asked the worm, "O little worms are you happy to have used God as a worm?" The worm replied, squirming like dancing, "Glory to God. I am very grateful to God. Even if I'm just a worm, but for me better than I was created as a human being." "Is not that the most perfect human beings?" "What is the meaning of perfection if it behaves badly, kill each other and hurt each other nor do they have faith and good deeds. They will regret and suffering in the world and the hereafter. Forever," said worm.
Gabriel sped away while contemplating the truth of the words of a worm *** Subhanallah ... Buffalo, bats, and worms were grateful they were created that way. What we as humans made perfect?