Sebastian Kneipp: "The water is for healthy people an excellent means to maintain his health and strength" 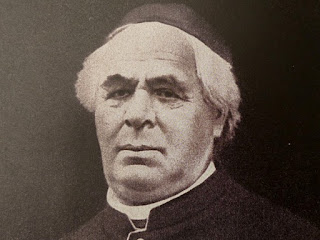 Sebastian Kneipp was born on 17 May 1821 in Stephansried (Germany) and grew up in poverty. Even as a child he had to work at the loom of the father or as a herdsman, to make ends meet. So impressed hardship and misery for long periods of his childhood. As also the childhood home was destroyed in a major fire, Sebastian Kneipp had to take on a job as a farm servant. Only when a distant relative is supposed to him, his life began to change slowly. Sebastian Kneipp was teaching Latin and he was allowed from 1844 officially visit the school in Dillingen.

During this time, Sebastian Kneipp contracted the deadly infectious disease tuberculosis and the doctors gave him little chance of a recovery. One day discovered the hard lung diseases and weakened Sebastian Kneipp, a small book in the library, which gave him new hope. It described the doctor Johann Siegmund Hahn his experiences with the healing water and the extraordinary healing successes. Sebastian Kneipp was immediately impressed by these theories and decided to treat his disease from now on itself.

At the age of 28 years Sebastian Kneipp undertook for the first time a bold experiment on himself, which was for him a life-changing key experience. Although he had lung disease, he ran right in the frosty winter the Danube. Once there, he tore himself completely overheated clothes off and plunged into the icy waters. After a dip then he hurried quickly back home. Sebastian Kneipp felt by actually strengthened and a refreshing wellbeing turned in unto him. He repeated this process several times and also be administered half-baths and showers. After a few months his doctors confirmed a miraculous cure, which they could not really explain. Sebastian Kneipp but was now completely convinced of the healing power of water.

Sebastian Kneipp: "The water is for healthy people an excellent means to maintain his health and strength"

Sebastian Kneipp began studying theology and was ordained on 06 August 1852 priests. During his studies he treated with water secretly other students. He deepened his knowledge of water applications and thus healed more and more people. Sebastian Kneipp quickly became known because he had succeeded where the doctors were at a loss. However, the doctors he was an eyesore and is often filed a complaint against him for quackery, because he treated patients with no medical training. Despite all opposition, Sebastian Kneipp began but by his treatment because he could make a significant contribution to the recovery of the people during a cholera epidemic.

When he was transferred to the monastery to Bad Wörishofen, began a new phase of life for him. He built the agriculture of the monastery again, introduced the crop and livestock farming, and created its own beekeeping with honey extraction. Sebastian Kneipp also designed a special drainage system for wet meadows, to carry out his water treatments. The scandal in the village was perfect when he was seeking help people actually walk barefoot through wet meadows, because naked legs were at this time a monstrosity. But the success proved him right and more travelers sought help from Sebastian Kneipp and his unusual water applications.

Sebastian Kneipp: "The water is my best friend and will remain so until I die"

Sebastian Kneipp developed through numerous experiments on himself and his patient an effective system of healing based on several pillars. Among the treatments were, for example fonts, treading water, contrast baths and various cold or warm compresses. He also presented the elements of water, plants, exercise, nutrition and life balance in a close relationship. He successfully combined the action of the plants and the interplay of nature and movement. He was so for many patients the last lifeline, where classical medicine could not do anything more.

Sebastian Kneipp died on 17 June 1897. the age of 76 years. Until his death, he conducted research tirelessly for human health. He became known around the world through books and lectures, and he revolutionized with his thinking the entire health care system. Sebastian Kneipp left as pastor and naturopath visionary naturopathic healing method, so he became a pioneer of holistic thinking.

Sebastian Kneipp: "All we need to stay healthy, has given us plenty of nature"