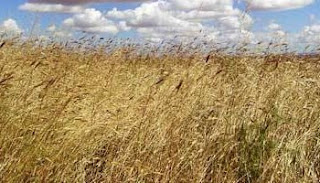 Nobuo Shioya was born (northern Japan) in Yamagata Prefecture in 1902 and was a very sickly baby. So the doctors did not believe that he had great chances of survival after birth. His childhood was marked by serious illnesses and health problems. However, Nobuo Shioya wanted with his continuing poor condition not resign and began intensively for ways of healing to search. He tried out many things and discovered that he was able to achieve a marked improvement in his health with special breathing techniques.

Nobuo Shioya: "All that I did, because I was filled with the most ardent desire to be themselves healthy, and my suffering fellow human disease to help"

This personal experience led him to take up the profession of doctor. Although he repeatedly suffered while studying under perilous diseases, he realized very quickly which treatments were best for him. His special breathing techniques, mental and physical exercises like yoga and other alternative therapies did much to his health. In 1931, Nobuo Shioya opened his first own practice and began increasingly to combine Western medicine with the Eastern tradition. An essential part of his treatment also has the positive mental imagination in conjunction with the proper breathing techniques.

Through visualizations he imagined the man as healthy before and recognized so that he could actually accelerate healing processes. By laying, the power of thought and its healing breathing he managed to activate the life energy of his patients again. Without use of drugs overcame ill people as the most diverse diseases such as tuberculosis, cataracts or heart disease. Although he has been criticized by the orthodox medical practitioners for his work, he held fast to his effective health methods. He treated his patients so successful that he became known throughout Japan soon. Even Nobuo Shioya itself was regarded as the best example of how new vitality could be mobilized in a human despite his old age.

While many people are frailer and weaker were with age, it was the other way around at Nobuo Shioya. He was from year to year becoming healthier because he knew how to energize the cells continually in his body. While him as a fragile child many ways remained hidden, he could make up for a lot of activities in advanced age. An avid golfer, he defeated over the age of 90 years one of the best Japanese golfers and won at the age of 100 years, a golf tournament for seniors. He also stunned the audience again and again, because he could hit golf balls further than well-trained players, who were less than half his age.

From birth, very sickly, Nobuo Shioya found a way to a long and healthy life, without ever being frail or in need of care. He showed the world that every human being without any problems could reach an age of 100 years, in full health. All critics fell silent in the written by Nobuo Shioya book, because he was living proof that anything was possible with power of thought combined with proper breathing techniques.

Nobuo Shioya: "The natural healing properties, with which man has from birth, is much stronger than the people themselves think"