Nick van Bloss: "It was a kind of love at first sight" 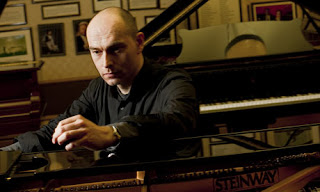 Nick van Bloss was born in London (England) in 1967 and grew up as a normal child. However, at the age of seven he got severe motor disorders, again and again he jumped all over the body or had incessantly shake his head. Nick van Bloss began without warning to shout and give strange noises, he also felt the urge to hurt themselves or to organize worst tirades. He was investigated several times, but no doctor could help him or find a medical explanation for his uncontrolled movements. The boy suffered simply a need attention and this would only be a temporary phase, so the opinion of the doctors. Life was not for Nick van Bloss but to hell.

At school he was bullied and ostracized by his sudden attacks he was on his own, without friends. Even the teachers he was not supported, they mocked him and additionally felt that Nick van Bloss just wanted to draw attention to himself. It was a tremendous ordeal for him, because he did not even know what was wrong exactly. Without a bright spot, he eked out a joyless life, until he was given an old piano at the age of eleven.

As Nick van Bloss touched the first keys on the piano, he immediately felt a significant connection to this musical instrument. He soon realized that he came by the piano to rest and came upon him any sudden attacks more. The Piano changed the lives of Nick van Bloss, he was playing not only very relaxed, he had an incredible talent. Within a few months, he completed a very successful piano lessons and played for a while, so passionately on the piano that he could attract many people under his spell again and again.

Nick van Bloss: "It was a kind of love at first sight"

At the age of fifteen, he began to study because of its great talent at the famous Music school "Royal College of Music". Nick van Bloss was promoted as a great hope for the future and soon won several significant awards and accolades. However, he had to constantly away from the piano problems and obstacles through his illness overcome, because he still had to contend with stressful motor disorders. Not until the age of 21 Tourette's syndrome was diagnosed with. Nick van Bloss felt liberated because he finally knew what was wrong. But he was also concerned that many doctors do not even earlier recognized the clear signs of Tourette's syndrome with him.

Nick van Bloss managed by its intense, dynamic and excellent piano soon his international breakthrough. He played the most famous works of Chopin, Beethoven, Mozart or Bach in such an extraordinary way that he was able to easily fill all concert halls.

Nick van Bloss made the jump from a respected outsider not become a famous pianist. By playing the piano, he developed a unique solution to get his disease under control. Sudden physical tension or involuntary vocalizations had no chance when Nick van Bloss sat at the piano. He managed to convert his greatest hindrance to its greatest strength and showed that in spite of many obstacles a lot can achieve in life with a special talent.

Nick van Bloss: "I love everything about the piano"