The crane operator and the decision on life or death

There was now only one way for Heinrich Dorissen to prevent a terrible misfortune. But with this decision he had almost certainly sacrifice his own life, 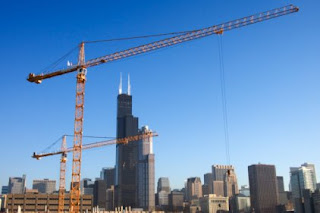 Heinrich Dorissen went on 29 April 2003 as usual at his workplace. On a large building site in Dusseldorf (Germany) a luxurious hotel was built and Heinrich Dorissen where he worked as a crane operator. As every day it rose more than 70 feet into the air on his crane cab. With every meter Heinrich Dorissen climbed into the air, he felt the raging wind getting stronger. But he practiced this profession for many years, so quickly could it not bring calm, not even a strong wind. But a short time later Heinrich Dorissen had to make an unimaginable decision on life or death.

At some distance from the crane by Henrich Dorissen was a second large crane, where accumulated unnoticed by the workers ever more ground under the foundation. Soon, the entire base was lapped by the crane and the first splashes of water shot up. The foundation gave way and the crane began to waver, but nobody noticed this dangerous situation. The nearly 200-tonne crane also threatened precisely to plunge into an adjacent school where currently there was a normal school operations. Hundreds pupils were in acute danger to life and only one man saw them approaching catastrophe. It was Heinrich Dorissen sitting in about 70 feet away in the small cabin of his own crane.

There was now only one way for Heinrich Dorissen to prevent a terrible misfortune. But with this decision he had almost certainly sacrifice his own life, this he knew. Heinrich Dorissen had no time to think, presence of mind, he turned his arm toward the toppling crane. Meanwhile, he warned via radio his colleagues in the pit, where many were able to make at the last minute in safety. Heinrich Dorissen wanted support with its boom the crane overturning somehow so that it changed its direction of fall and not rushed into the school. Whether this plan worked, he did not know, but it was the only chance.

This reckless maneuvers of Henry Dorissen actually worked, the two boom meshed and the plunging crane changed its direction of fall. The ton crane crashed just past the school buildings and the many students were saved. However, Heinrich Dorissen has now torn with his crane itself with in depth. The over 70-meter-high crane toppled over, with Heinrich Dorissen. The steel girder crane his twisted into each other, which slowed the crash, but the crane crashed still having an enormous impact on the ground. There were terrible moments for the courageous crane operator, who could hardly imagine. But how survived by a miracle Heinrich Dorissen seriously injured this fall.

In this disaster two workers died, some more was injured. It was thanks to the courage of a man that many people had survived. Within a short moment he had the biggest decision of his life take, either to save their own lives or to prevent a terrible catastrophe with many dead, with the knowledge, presumably to sacrifice their own lives. Had he done nothing, no one would have ever made it a reproach. But Heinrich Dorissen decided to use a unique and heroic relief. He would have immediately sacrificed to save the life of another human being. Most people would not probably have been to this heroic act in the situation.