William Kamkwamba: "Everything is possible " 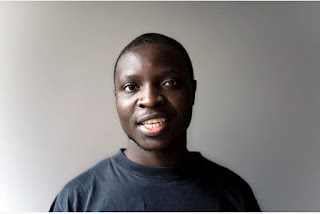 William Kamkwamba was born on 05 August 1987 in Malawi (State in East Africa), which was one of the world's poorest countries. The majority of the population worked in agriculture and it was highly dependent, therefore, longer droughts had devastating effects and famine resulted. In addition, people had only very limited access to education and health facilities. In these humble William Kamkwamba grew up in a small village, in the constant battle against poverty and hunger.

In his spare time he already was interested very early for technology, he exploded as transistor radios and built them back together or constructed special bird traps. William Kamkwamba had a tremendous thirst for knowledge, he wanted to make his life and discover the whole world more. But as a result of famine his family could suddenly no longer pay the cost of education and William Kamkwamba was forced to leave school. A penniless boy from one of the poorest countries in the world, at that without proper education, they were not good conditions for a glorious future.

William Kamkwamba but refused to be discouraged and began to educate yourself on your own in the village public library. After a short time he discovered a book that would change his life forever. Therein windmills were mapped, also sketches and blueprints were present, as one might construct them. William Kamkwamba was immediately fascinated by these towers with giant fans and decided to build its own wind turbine in order to generate electricity. The people in his village thought he was crazy and began to rant about the boy. But William Kamkwamba ignored the many negative remarks and started developing his idea, without any support.

William Kamkwamba: "Somewhere someone had this thing. If someone did this thing, then I could do it "

From now on, he spent every free minute at the junkyard, to search for suitable parts for its wind turbine. The people spoke only of "insane in the junkyard," but over time managed William Kamkwamba gather more and more parts of his project, although he had no money. He dragged old drain pipes, wires, various parts of bicycles and wood of eucalyptus trees home, soon he had collected all the stuff to start with the construction of the windmill. As an aid, he had only a few tools themselves made available, but William Kamkwamba came out of it. He actually managed to build an approximately 12 meter high tower, collected from various scrap and old bicycle parts. And the windmill worked really, because he brought so a light bulb glow. He developed the wind turbine further immediately, he built as a battery to store the electricity generated can.

Photo by Erik (HASH) Hersman
under CC BY 2.0
The villagers could not believe your eyes, because it was already late at night and dark, but actually in the little hut of William Kamkwamba light was on. For the people it was a sensation, because such a thing is unprecedented in their village. Quick silenced all the critics, because a 14-year-old boy had managed to build a working windmill, which could produce electricity at night. William Kamkwamba was proud of his wind turbine, but another school he could not afford it.

This was soon to change, as an employee of an educational initiative by chance discovered the peculiar windmill. There was a newspaper report by William Kamkwamba and his project because a wind turbine, connected to electricity, in the middle of a remote village in Africa, was a real main attraction. From then on, the story spread by the boy who caught the wind to generate electricity, like wildfire around the world. Important people were aware of William Kamkwamba and supported him financially now. He received a scholarship to the "African Leadership Academy" in Johannesburg (South Africa), where he was able to study now, for he now had another vision. He wanted to start a company to conduct research into the construction of wind turbines in Africa in order to provide many remote areas, which had to make do without electricity electricity.

William Kamkwamba wrote a book about his extraordinary story with the wind turbine. The book was so successful that it was able to keep for several weeks in the bestseller lists of The New York Times. He built more wind turbines, now had electricity every house in his village available. A solar-powered water pump, he improved the living conditions in his homeland greatly because for the first time, people were supplied with drinking water.

William Kamkwamba had virtually no chance to make something of his life. Despite poverty, famine and lack of education, he does not put his head in the sand. He took his fate into his own hands and built in-house an impressive windmill, which should give him on his future life open many doors. William Kamkwamba always believed in his way, he never allowed himself to be beaten by the many dissenting voices and managed by his willpower to pursue from a seemingly hopeless situation a promising career.

William Kamkwamba: "No matter what happens, if you do not give up, we will succeed. Everything is possible "