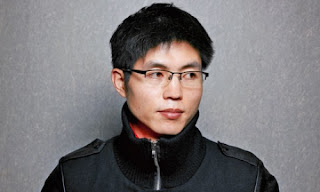 In North Korea, officially there are no penal camp and they are also denied vehemently by the North Korean government. But there is this prison camp indeed. Shin Dong-hyuk was born in one of these prison camps, the son of two prisoners and should spend the rest of his life because of this. The prison camp Kaechon no. 14 with about 15,000 prisoners was henceforth his home, where people saw death as redemption, because everyday life was cruel and worse than any imaginable hell.

Already as a small child had to Shin Dong-hyuk toiling in a coal mine and hard physical work in the fields. Breakfast daily by 4 clock, he had to get up and arrived late at night back to bed. Like the other prisoners, he was suffering from overwork and fatigue. But worst of all was the constant feeling of hunger, because they received only very insufficient food rations. The prisoners ate from famine insects, rats and frogs to survive somehow. As Shin Dong-hyuk was allowed briefly to go to school, there was a little girl, which stole a few grains of corn out of sheer hunger. But a guard caught them during an inspection and ordered the frightened girl immediately to kneel down. Before the assembled class he now struck with full force with a stick on her head until the girl lost consciousness and collapsed. Her injuries were so severe that they are no longer woke up.

The mood of the prisoners in the camp was always depressed and dominated by the barbarian camp rules. Shin Dong-hyuk had no friends and no special bond to his parents, who ever gave him any affection or love. The mother beat him constantly and was just another competitor to food rations. After a face-up attempt to escape from his mother and the innocent Shin Dong-hyuk was punished for it, he was locked in a small underground cell where he could not even stand upright. Then he was tortured repeatedly, he had to completely undress and was once hung upside down to be then simmered over a fire until he passed out from the pain. After about six months of unimaginable tortures he was suddenly brought to the execution site, where Shin Dong-hyuk already counted on his death. But not it was his turn, but his mother and his brother. He had to watch as his mother brutally hanged on the gallows, and his brother was shot. Shin Dong-hyuk often experienced these public executions, wherever again children were involved. He was just glad that it had not met him.

Shin Dong-hyuk: "I was bred to perform work. I was a slave, I was an animal "

Shin Dong-hyuk was brought up for years as a worthless slave, without any hope and meaning in life. This changed for the first time, when he met a new inmate, who told him incredible things from the world outside the camp. He told of restaurants where you could order many different meat dishes and where you could eat what you wanted. For Shin Dong-hyuk, these were unimaginable things and when he was heard more fascinating stories about the living habits outside the penal camp, he saw for the first time a prospect in his dreary life. Together with his new friend a flight plan was soon developed to break out of this hell can. When they were divided for one day gathering wood near the border fence, the perfect time seemed to have come.

Photo
When their guards in a moment no attention to them, they ran thunderstruck going to somehow crawl under the fence. The friend of Shin Dong-hyuk stumbled but unhappy and came up with the high-voltage electric fence in touch, he was killed instantly by the electric shock. In fence showed that this formed a small opening where Shin Dong-hyuk could crawl through. He knew that if he did not escape now, it would mean his certain death sentence. Shin Dong-hyuk managed to crawl through the opening in the electric fence, but sustained severe burns. Heavy injured Shin Dong-hyuk immediately dragged on, further and further away from the inhumane prison camp.

Shin Dong-hyuk: "I had no goal, did not know where China is, I wanted to get away from the camp"

Shin Dong-hyuk managed to escape and shook his pursuers successfully. He now came into a world where he actually saw people who were happy and laughing. Nowhere there were guards who shouted and beat people, he had never experienced anything like it. Shin Dong-hyuk broke into houses, stealing clothes and food, and laid hundreds of kilometers, always with the fear that he was still discovered and brought back to the camp. But he managed the impossible and somehow smuggled across the border to China. Henceforth he had left North Korea and the prison camp behind forever, but the previous life had left its mark.

The body of Shin Dong-hyuk was disfigured forever. His arms were slightly deformed and part of his right middle finger was missing because he once accidentally a sewing machine in the clothing factory dropped. The guards then chopped him as punishment part of the finger from. The traces of his tortured body showed an incredible tale of woe that was hard to imagine. Shin Dong-hyuk tried nevertheless positive in looking to the future and wanted the rest of the world report on the terrible state in the North Korean prison camps. He wrote a book about his experiences, and a film was made about it. This publicity was a last glimmer of hope to increase international pressure on North Korea, so that people were treated better for many prisoners in North Korea.

In North Korea, about 200,000 people are mostly innocent and without trial in such labor camps. Every day many prisoners die there by the combination of slave labor and malnutrition. Occupational accidents, diseases, rape and torture are just as much part of everyday life as ruthless and violent guards. Shin Dong-hyuk survived 22 years this agony and today the public in this prison camp carefully, because still these terrible human rights violations are ignored and denied by the North Korean government.