Every woman suffering which is here with me 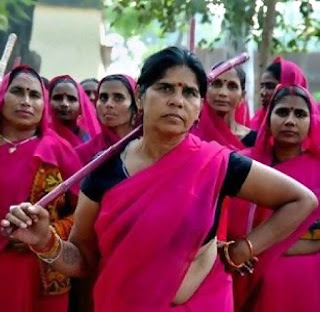 Although the caste system in India has officially been abolished, it determines in many parts of the country are still people's lives. The society is divided into groups and there is a strict hierarchy. People who have been accidentally born in a high caste are preferred in many areas of life. By contrast, make people in lower castes the majority of the population and are the lowest and poorest sections of Indian society. Especially for women has this rigid and controlled by men caste fatal.

In the northern state of India, Uttar Pradesh, where holds this caste system for centuries, women have virtually no rights. They may not act independently and must always be dependent on a man, first by her father, then by her husband and then as a widow of her sons. Many girls are not sent to school, for fear that they might through contacts with other boys dishonor the family. They are forced into marriage already as little girls and are of the law families often kept as a slave. You usually have to work harder than men for less pay, also often leads to abuse and rape. By the police and the authorities they can expect no help, since most men occupy these positions and are often not taken seriously these ads and hardly noticed. A brave woman wanted to this fate but not result.

Sampat Pal Devi, who came from the lowest caste, experienced firsthand the oppression of women. As a child she had been working in the field, while her brother was allowed to visit the school. At the age of twelve, she was forced to marry and have got soon after her first child. From the in-laws, she was bullied and constantly suppressed by the highest caste. But more and more often to Sampat Pal Devi braced against these injustices and was chased by their recalcitrance soon from their village. Now she wanted to publicly fight against the oppression of women and therefore founded the first female vigilantes in India named "Gulabi Gang".

Sampat Pal Devi: "I do not believe in the caste system. I believe in humanity and equality "

Soon the first women of "Gulabi Gang" joined to fight for women's rights and against social injustice. As a trademark, each member was wearing a bright pink sari (Indian garment for women), in addition, each member was equipped with a long bamboo stick in order to defend themselves in an emergency. The "Gulabi Gang" was indeed only ridiculed by most men, but they should very soon feel the strength and determination of these women.

Sampat Pal Devi: "We are fighting against male domination, against fathers who do not allow their daughters to go to school, and they married as children"

Full of enthusiasm was equipped from now on abusive husbands paid a visit to help the women. And it really worked, because the men knew that if they should become violent again that suddenly twenty pink clad women would stand with bamboo sticks loudly at the door. The "Gulabi Gang" patrolled now in the villages, they prevented child marriages and forced police to punish rapists. Soon, more and more women of female vigilantes joined and fought with Sampat Pal Devi for the rights of women and the oppressed.

Sampat Pal Devi, "We protect the powerless against the powerful. We punish brutal husbands and those who leave their families in the lurch "

The "Gulabi Gang" was now getting bigger and thousands women joined this movement. The "Gulabi Gang" is already won great respect, not only in front of the villagers, but also to the police and the authorities. Meanwhile included men already on the members who wanted to stand up for justice.

Wherever the women of "Gulabi Gang" with its bright pink dresses appear today in India, wherever there is great admiration and appreciation of the population. Through these women's movement recognized more and more women, that it is worth to fight for change and a better life. Sampat Pal Devi altered single-handedly with their "Gulabi Gang" the lives of many women who had up to this point always accepted their predetermined fate. The "Gulabi Gang" broke through the great cohesion of the women, the old and rigid traditions and is for many people in India, the last hope for a better life.

Sampat Pal Devi: "I have seen the pain suffered by women and increasingly occur in. Every woman suffering which is here with me. It's their fight "