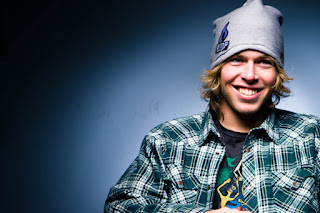 Kevin Pearce was born on 01 November 1987 in Hanover (United States) and was already at the age of six years for the first time on a snowboard. He took advantage of every free moment to be to teach new tricks with the snowboard and practicing daring jumps. On self-built jumps he trained until he had mastered perfectly his maneuvers. Kevin Pearce was not to be beaten by the many falls and he soon rose to become one of the best snowboarders in the Freestyle. At the Olympic Games 2010 in Vancouver (Canada), he decided to crown his career with a gold medal and started it even harder to work on themselves.

On December 31, 2009, shortly before the Olympic Games, Kevin Pearce was looking forward to a glittering New Year's celebration with his friends. But first he wanted to work on a half-pipe, to rehearse a foolhardy trick with which he had a very good chance at a gold medal at the Olympic Games. With a powerful set Kevin Pearce jumped meter high above the half pipe out into the blue sky, but the life for him would change forever seconds later. The landing ended in disaster and he slammed head first on the hard snow. The 22-year-old Kevin Pearce was seriously wounded brought by helicopter to the nearest hospital, where doctors fought for the lives of the snowboarders.

Kevin Pearce: "At the beginning it looked like I would not survive"

Kevin Pearce suffered a severe concussion and he was put into an artificial coma. Nearly four weeks he was in the ICU of the hospital, from a great Olympic hope a long-term care was now. While the other riders put their jumps in the snow and were celebrating by the viewers, the sight of Kevin Pearce was shocking. Everywhere rose cord from his body and no one knew how severe the damage in his head. Although Kevin Pearce survived this serious accident, but he had to contend with serious consequential damages, which should be in his life for him the biggest challenge.

Kevin Pearce was forced to start again from scratch. He had to teach the simplest things again, to speak as learn, for example, or to run. The most normal baby steps failed and he was constantly confined to a wheelchair. An impaired vision he had to also wear glasses and Kevin Pearce had to realize that his recovery very long time would take. With the help of doctors and his family Kevin Pearce trained up to eight hours a day to fight their way back one millimeter into being. With hard months of work, he managed not to be discouraged, despite many setbacks and live again slowly in a normal return. Despite warnings from the doctors, he began again to make sport and to incredibly long period of suffering, he performed a miracle when he again was able to draw first turns in the snow with his beloved snowboard.

Kevin Pearce: "I was so close to death that I now no longer have fear. I'm just glad to be alive "

Life as an athlete was for Kevin Pearce because of the great risk of injury gone forever. He set up a foundation for victims of traumatic brain injury and has lectured around the world to help people in difficult situations, always to believe in themselves. Kevin Pearce had been taken by his accident a great career as a snowboarder. Despite this heavy fate shock he overcame this low point and found his new vocation is to give new hope to the people. Because no matter how bad the fate also struck in life, just as it had happened to him, there always were opened new avenues and opportunities on how you could give his life a new meaning.

Kevin Pearce: "If you fall, you're can yourself around again. You can do it and live a really successful, contented life. That's the message I want to convey people "